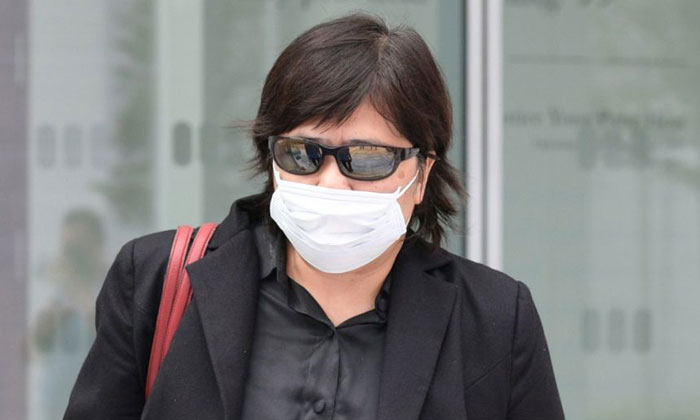 In a turn of events on Thursday (Aug 12), a lawyer turned up in court to represent Phoon Chiu Yoke, 54, just as she was expected to plead guilty.

Mr Amos Cai of Yuen Law showed up to represent Phoon, who faces 22 charges for multiple offences, many relating to breaching Covid-19 regulations.

He spoke to Phoon just before the mention and was able to confirm his appointment as her lawyer.

During the hearing, he told the court that he had been engaged by Phoon's family, and has arranged to speak to her on Friday morning to take her instructions.

He asked for an adjournment of two to three weeks.

District Judge Carol Ling said that the case would be fixed for a pre-trial conference on Friday afternoon, so that Mr Cai could update the court on the situation after speaking to Phoon.

Phoon, who has been in remand since her bail was revoked on July 24, appeared via video link dressed in a black and white T-shirt. She wore a mask that was pulled down to her chin.

Mr Cai attempted to get Phoon out on bail.

He told the court she suffered from "many medical injuries". These included a broken foot, dislocated ankle, injured knee that was recently aggravated, spinal injury and previous head concussions.

He said Phoon had suffered some of these injuries during her service in the military, and that the Singapore Armed Forces would have the reports.

Mr Cai also said that Phoon had suddenly understood the severity of the charges she was facing on July 6, when her bail was initially increased to $12,000, and had not offended since then.

He said her bail had been revoked only after this, on July 24.

The prosecution objected to bail being offered, noting that nothing new was raised.

Deputy Public Prosecutor Jane Lim said the issue of bail was already dealt with on Aug 4, and Phoon had made a similar application raising the same points.

The judge said no bail was to be offered.

Phoon, who had remained unrepresented up to this point, indicated through Mr Cai that she still intends to plead guilty.

The lawyer said he was engaged for the purposes of mitigation and sentencing.

Phoon had made the headlines in May this year after she was caught on video not wearing a mask at Marina Bay Sands (MBS) and arguing with a safe distancing ambassador.

In the video clip, which was widely shared, she questioned the safe distancing ambassador on whether she had a badge and whom she represented.

The safe distancing ambassador failed to get Phoon to put on a mask.

She first appeared in court last year to face one charge for failing to wear a mask over her nose and mouth “at all times” at Newton hawker centre between 7.20pm and 8pm on May 8 during the circuit breaker period.

She left Singapore for Britain soon after that alleged offence, but returned on June 28 last year.

She was supposed to serve a 14-day stay-home notice at MBS until July 1, but allegedly left her hotel room on June 28, loitering around various places in the hotel without a mask on.

She is facing charges for this, as well as for allegedly failing to wear a mask in public places on multiple occasions between Dec 2 last year and May 24 this year - at MBS, outside the State Courts building, at Clarke Quay Central and at Bras Basah Complex.

Phoon was out on bail when she allegedly failed to wear a mask at the Mandarin Orchard Singapore hotel on June 25.

The next hearing of her case will be for a pre-trial conference on Friday afternoon.