Woman who offered drugs to teens and let them smoke meth in her flat gets jail, fine 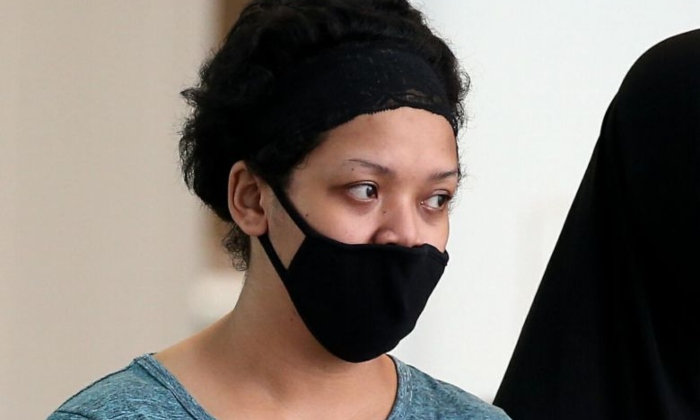 In a first, an adult has been convicted for offering drugs to three juveniles last year, two of whom were 14 years old at the time while the third was 13.

The 28-year-old's offences came to light after officers from the Central Narcotics Bureau (CNB) raided her Bukit Batok West residence and arrested the four individuals.

She had pleaded guilty to three drug-related charges, including one count of permitting a person under 21 to consume a drug in her possession, and three charges involving duty-unpaid cigarettes.

Eight other charges - of which five are drug-related and three involve contraband cigarettes - were taken into consideration by District Judge Kan Shuk Weng during sentencing.

Her case is the first in Singapore where a person has been convicted of permitting another individual under 21 to consume a drug in his or her possession.

According to court documents, Noor was living with her two children in a rented bedroom of a flat in Bukit Batok West Avenue 4 at the time of her offences on Sept 24 last year.

The children's ages were not stated in court documents.

The court heard that Noor, who was peddling in contraband cigarettes, turned to drug trafficking as a means to earn fast cash.

She would obtain pre-packed Ice through dead drops around her estate. She then sold the drug to customers according to the prices fixed by the supplier.

At about midnight on Sept 24 last year, Noor was smoking Ice in the bedroom when she decided to offer the drug to the three teenagers. They cannot be identified as they are below 18.

Deputy Public Prosecutor Melina Chew said that the teens, who would frequently hang out in the bedroom, had been staying over for several days.

Two of them got to know her through her sale of contraband cigarettes. One of them, the 14-year-old, had also purchased Ice from her on previous occasions.

"When they indicated that they wished to smoke Ice, the accused permitted them to do so in the bedroom and proceeded to share her smoking utensil with them, with everyone taking turns to take puffs from the smoking utensil," the DPP added.

DPP Chew also said that the teens did not pay Noor for the Ice they had consumed.

The CNB raided her residence the next day and arrested the four individuals.

The officers also arrested two men - Noraidil Supri and Muhammad Sharil Ideres, both 37 - who were at the residence to purchase Ice from Noor.

Court documents did not state if they have been dealt with.

The CNB officers additionally found 55 cartons and six packets of duty-unpaid cigarettes in her bedroom.

The court heard that this was not the first time contraband cigarettes had been found in the flat.

Customs officers discovered 93 packets of duty-unpaid cigarettes in a raid of the unit a week earlier.

They had earlier spotted Noor handing over packets of cigarettes to two 14-year-old boys, who were not identified in the court documents, near the flat.

The court heard that Noor had bought the cigarettes in both cases from Indonesian peddlers at or near Yew Tee, and would resell them.

According to court documents, the amount of duty unpaid for the cigarettes was $8,411.90.

On Wednesday, District Judge Kan granted Noor's request to defer her jail term to Oct 9, so that she can settle her personal affairs.

For her offence of permitting a person under 21 to consume a drug under her possession, Noor could have been jailed for up to 10 years.