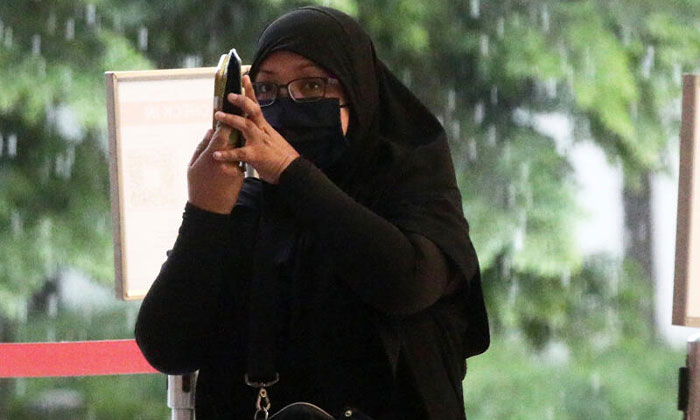 A woman misappropriated nearly $550,000 when she was working for a company that operates a clinic called the Vascular & Interventional Centre in Novena Specialist Centre.

Among her offences, she misappropriated $155,000 using pre-signed blank cheques entrusted to her so she could pay vendors.

She also admitted to a cheating charge involving more than $25,000.

Two other charges linked to the remaining amount were considered during sentencing. She did not make any restitution.

The court heard that Fauziah was an administrative manager for The Vascular & Interventional Group when she committed the offences.

Deputy Public Prosecutor Melina Chew said that Fauziah was responsible for all of the clinic's finance, accounts and general office administration matters.

These included collecting money from patients, paying vendors and banking in the company's cash revenue at the end of each month.

Fauziah also had managerial access to the clinic's client management system called Plato which stored, among other things, patient records.

These access rights allowed her to create and amend invoices on Plato.

In addition, she was entrusted with blank cheques issued in the company's name and pre-signed by the firm's medical director.

He was the authorised signatory for amounts involving $50,000 and below.

The pre-signed cheques were given to Fauziah to ensure that payment to vendors could be made promptly and not be affected by the medical director's frequent overseas travels.

The DPP said that on four occasions between February and October 2019, some of the clinic's employees travelled to Myanmar to provide medical treatment to patients.

Fauziah, who also went along to provide administrative support, received four payments totalling US$158,682 for the medical treatments provided there.

Upon reaching Singapore, she was supposed to deposit the money into the company's bank account and create invoices on Plato to account for the payments received.

She did not do so and misappropriated the money instead.

Separately, she also took eight of the company's pre-signed blank cheques between January and April 2020. She used them to misappropriate $155,000.

The court heard that she had issued the cheques to two of her unsuspecting friends who agreed to receive the money in their bank accounts on her behalf.

Fauziah had lied to them, claiming that the money was from a "friend" who was repaying a loan. The pair later transferred cash to Fauziah.

On Oct 28, 2020, she contacted a patient and told him that he could pay his medical fees by transferring money to the company's bank account.

She gave him her personal bank account number instead and he was duped into transferring more than $25,000 to it.

Fauziah's offences came to light the following month when the medical director asked her for the payment status of the patient's medical fees.

She replied that the medical fees had been paid and tendered an invoice to him to support her claim.

The document had the clinic's letterhead, the same date and invoice number as the one issued to the patient and stated that the medical fees had been paid via multiple tranches of credit card payments to the company between Nov 3 and Nov 7, 2020.

However, the details of the items billed were different and the medical fees indicated were slightly lower.

The company then conducted an internal investigation and found that the invoice was fraudulent. The medical director alerted the police on Dec 7 that year.

The DPP said that Fauziah admitted she had used her ill-gotten gains for her personal and family expenses, including gambling and settling debts.

She is now out on bail of $15,000 and was told to surrender herself at the State Courts on May 19 to begin serving her sentence.

For each count of criminal breach of trust, an offender can be jailed for up to 15 years and fined.

And for cheating, Fauziah could have been jailed for up to 10 years and fined.