Woman who knocked over two people at Jurong carpark fined, disqualified from driving 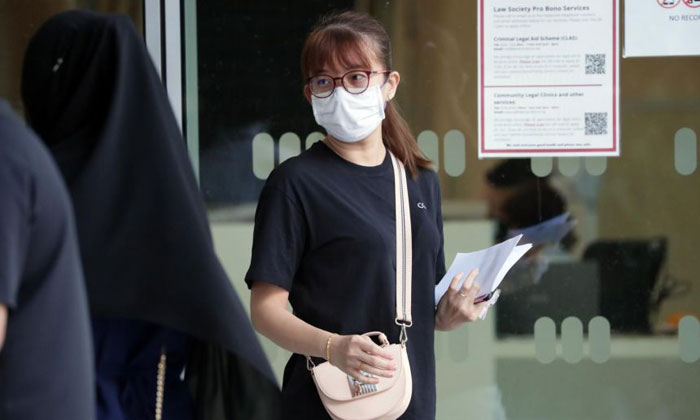 A 33-year-old woman was fined $3,500 and disqualified from driving for nine months on Thursday (March 11) after her car hit two people at a carpark.

Tan Chak Yee pleaded guilty to one count of causing grievous hurt by a negligent act.

Another similar charge was taken into consideration during sentencing.

The court was told that at about 4.40pm on Oct 27, 2019, Tan and her husband left Block 252 Jurong East Street 24 after having lunch at the coffee shop. They intended to return to their home at Teban Gardens.

Tan was driving while her husband sat next to her in the front passenger seat.

But as she drove off from the parking space and turned left towards the sheltered crossing, she hit the two women who were walking in front of the car with a trolley.

A minibus driver stepped forward to assist the victims, driving them to Ng Teng Fong Hospital.

Tan's husband accompanied the victims in the minibus while she drove to the hospital separately.

One victim, a 48-year-old woman, suffered rib fractures and minor injuries to her chest and right knee, and was given 14 days of hospitalisation leave.

The other victim, a 55-year-old woman, suffered minor injuries to her elbow and was given three days of medical leave.

Both victims made police reports later that evening.

Deputy Public Prosecutor Deborah Lee asked the court to issue a high fine and to disqualify Tan from driving for nine months.

The DPP noted that it was possible that the view of the accused was blocked because of traffic conditions at the time of the accident, and that both victims did not suffer serious injuries.

For causing grievous hurt by a negligent act, Tan could have been jailed for up to two years, or fined up to $5,000, or both.