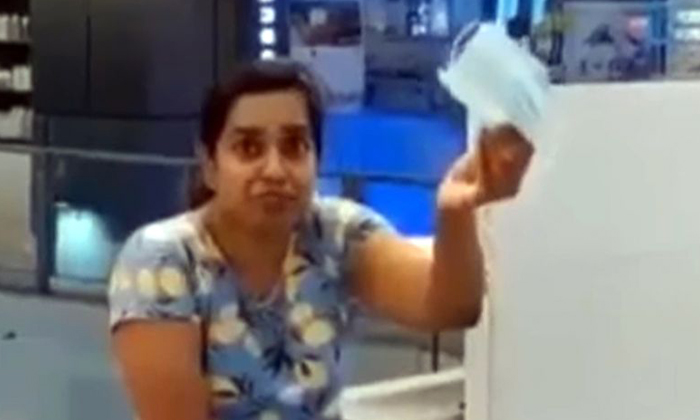 A second person has been remanded at the Institute of Mental Health (IMH) for psychiatric evaluation after an episode in public involving face masks.

Kasturi Govindasamy Retnamswamy, who refused to don a mask properly when told, is said to have later assaulted a police officer who tried to ascertain her identity.

The incident, which led to her arrest, happened at the Sun Plaza mall in Sembawang last Thursday and was captured on video.

Kasturi, 40, was in court on Saturday to face five charges. They include the use of abusive words and criminal force on a public servant. She is expected to be back in court on May 22.

In a statement last Friday, police said the Singaporean woman insulted mall staff and hurled vulgarities at a security officer who was trying to get her to put on her mask correctly.

A widely shared video of the incident shows a woman taunting a mall employee while demanding he remove his mask to speak to her.

Police said mall staff made the call for help at about 2.10pm. When police officers requested to see her identity card, she allegedly started peeling off the address sticker on her identity card.

"Everyone should take the circuit breaker measures seriously. The police will not tolerate such blatant disregard of the law and wilful breaches of safe distancing measures." Investigations are ongoing.

Kasturi is the second person to be remanded at IMH for psychiatric evaluation after an incident in public.

Paramjeet Kaur, 40, who made headlines after videos emerged of her claiming to be a "sovereign" when confronted for not wearing a mask in public, was charged last Tuesday with one count of being a public nuisance and three counts of violating Covid-19 rules. The Singaporean will be back in court on May 19.

Those convicted of voluntarily causing hurt to deter a public servant from carrying out public duties will be liable to a maximum jail term of seven years and a fine or caning, provided that in exceptional circumstances imprisonment need not be imposed.

If found guilty of harassment by using insulting or abusive language, perpetrators face up to six months' jail, a fine of up to $5,000, or both.