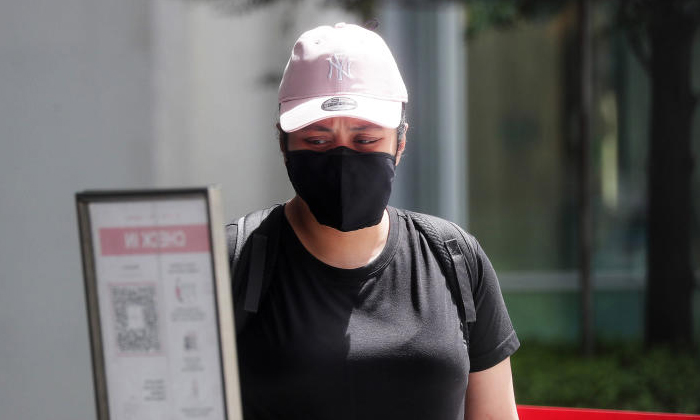 A woman unlawfully exploited Government-related initiatives amid the Covid-19 pandemic and duped the Ministry of Social and Family Development (MSF) into disbursing $2,900 in total.

Zarifah Idris also tried to cheat MSF of another $5,800. She has made no restitution.

On Friday (Jan 14), the 37-year-old Singaporean was sentenced to a year in jail after she pleaded guilty to two counts each of cheating and attempted cheating.

She also admitted to one count of forgery. Eight other charges were considered during sentencing.

The court heard that the two initiatives - the Temporary Relief Fund (TRF) and the Covid-19 Support Grant (CSG) - had been rolled out to provide financial help to Singaporeans and permanent residents affected by the pandemic.

On April 30, 2020, Zarifah applied to MSF for a $500 payout under the TRF, claiming that she had lost her job at a child development centre due to Covid-19.

Deputy Public Prosecutor Gabriel Choong told the court that, in fact, her employment there was discontinued due to her unsatisfactory work performance during the probation period.

Zarifah then forged a letter, purportedly issued by the child development centre and submitted it to MSF as a supporting document. The ministry later disbursed $500 to her.

By using a similar method, she reoffended on May 5 that year and applied to MSF for a $2,400 payout under the CSG.

The ministry was again duped into disbursing the money to her.

Zarifah later tried but failed to cheat the ministry into handing over another $5,800.

For instance, on Oct 1, 2020, she applied to MSF for a $2,400 payout under the CSG, claiming that she had lost her job at the Singapore Indian Development Association (Sinda) due to the pandemic.

The DPP told the court: "She knew this to be false as she never accepted Sinda's offer of employment and never attended work. The accused also forged two electronic records, being letters purportedly issued by Sinda, and submitted them to MSF as supporting documents."

MSF later approached a deputy director at Sinda to verify the contents of Zarifah's CSG application.

The man then revealed that the supporting documents had been forged.

He lodged a police report on Oct 27, 2020, while the principal from the child development centre did so the following month.