Woman who accused doctor acquitted of molestation will not be prosecuted: AGC 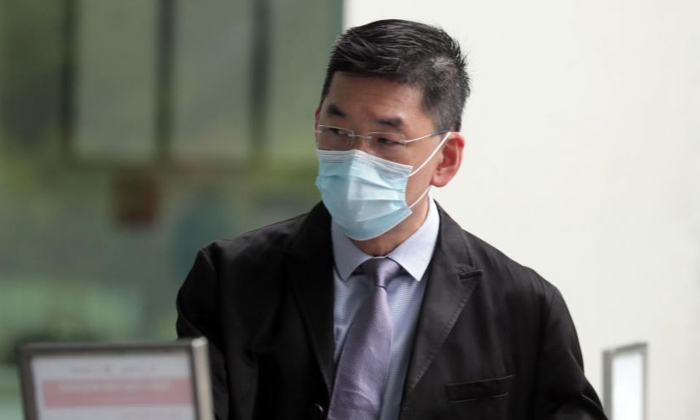 The Attorney-General's Chambers (AGC) will not be taking action against the woman who alleged a doctor had molested her, even as he has been acquitted by the court.

Dr Yeo Sow Nam, 52, a director at The Pain Specialist, was acquitted earlier this month.

He was tried in court in March after being accused of molesting a 32-year-old woman on the 12th storey of Mount Elizabeth Hospital on the evening of Oct 9, 2017.

In a statement on Tuesday (Aug 31), the AGC said the prosecution had decided to withdraw the charges against Dr Yeo after deciding that her evidence would not be unusually convincing.

In sexual offence cases where a person is tried on the testimony of a complainant alone, the law requires that the complainant's evidence be unusually convincing before an accused can be convicted.

This means that the witness's testimony must be so convincing that the prosecution's case is proven beyond reasonable doubt, solely on the basis of the evidence given.

The prosecution’s decision was not on the basis that the woman had been untruthful about the alleged molestation, the AGC said.

During the trial in March, some inconsistencies had arisen in the course of the woman's delivery of evidence in court.

"The inconsistencies in the complainant's evidence did not, in the main, relate to the substance of her allegations against Dr Yeo for outrage of modesty," said the AGC.

While most of the inconsistencies did not involve her account of the alleged molestation, the prosecution assessed that they would affect the assessment of the complainant's overall evidence.

The AGC added that if there is clear evidence that a person had lied under oath in legal proceedings, it would seriously consider commencing proceedings against the person for perjury.

It also said the claims by Dr Yeo’s lawyer, Mr Eugene Thuraisingam, that the woman had lied about the molestation were “misleading and regrettable”.

There is currently such a case pending before the courts, while other cases are being investigated.

The AGC also said Dr Yeo's lawyer Eugene Thuraisingam's claims that the woman lied about the molestation were "misleading and regrettable".

Following the acquittal, Mr Thuraisingam's firm had issued a statement claiming the woman admitted to lying in court about "material elements" of her allegations of molestation.

The AGC said he had also used the court process to advance similar allegations against her.

It said Mr Thuraisingam indicated during the pre-trial conference that he intended to apply and make submissions for the gag order on the woman to be lifted, and for her identity to be made public.

But when the matter was heard in open court on Aug 16, he accused her of being a liar before abruptly changing his position, withdrawing the application and suddenly agreeing with the prosecution that there was no basis to lift the gag order.

Because of this, the prosecution did not present its oral arguments, and the court did not make a ruling on the allegations that the woman had been deliberately untruthful.

"AGC has written to Mr Thuraisingam asking for an explanation of his conduct set out above, as an officer of the court," it said.

Responding to the AGC's statements, Mr Thuraisingam’s firm said that it was not true that its previous statements were misleading.

In a statement, it listed out five instances where the woman had purportedly lied. These included instances relating to physical demonstrations of how the molestation occurred and the woman’s recollection of events.

It also said Mr Thuraisingam had made it clear to the court that Dr Yeo reserved his right to bring an application to lift the gag order in the event that the prosecution brought charges against the complainant for lying.

“The portions of the above evidence are referenced in Eugene Thuraisingam LLP’s (ET LLP) submissions to lift the gag order,” it said.

Speaking to The Straits Times, Mr Thuraisingam said he received writing from the AGC at about 4.10pm on Tuesday, and felt aggrieved that he was not given time to respond before the AGC issued a statement to the media.

The statement from the AGC was sent to the media at about 4.50pm.

“It was neither right nor fair for the AGC to say what it has said,” he said. “We could have discussed this first, but they didn’t even call me.”

He added that it was a “significant omission” on the AGC’s part, having left out how he had reserved his client’s right to bring an application at a later date, and that this was the reason he had brought up the woman’s purported lies.

Mr Thuraisingam said he has been keeping Dr Yeo updated on the latest developments, and will be speaking to him over the phone on Wednesday.