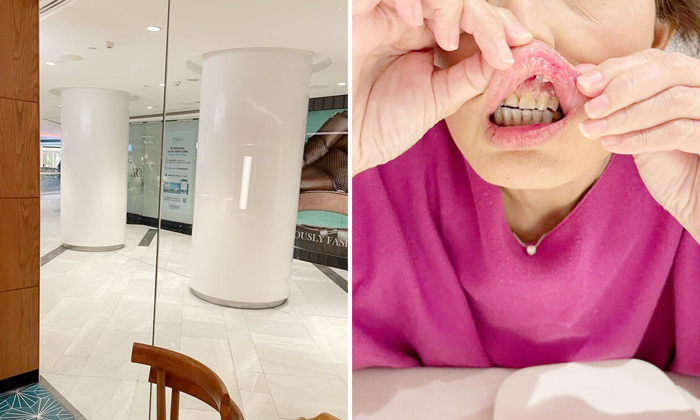 It happens to the best of us from time to time; a glass door or wall so clean and spotless that you walk right into it.

A woman in Singapore recently found out how that felt at Putien restaurant in Raffles City when she walked right into a glass wall on the way to the loo.

The incident happened on Sunday (May 1) at about 3:45pm, reported Shin Min Daily News.

The woman, identified as Xu, 53, was on her way to the toilet after placing her order.

She had asked the wait staff where to go and was pointed in the general direction of going out and turning to the right.

On her way out, however, she walked straight into the glass wall.

It was anything but a painless experience as her face swelled up and she bled from the mouth.

According to Shin Min, she alerted the Chinese newspaper to her accident, and said she was not using her phone at that time.

She just did not see the glass wall in the way.

Xu said: "The restaurant manager came to tend to my injuries immediately and asked me to seek medical treatment at the clinic next door, but I thought the injury was not serious, so I didn't go."

In response, the restaurant apologised and offered the woman free dishes as compensation.

Putien also took 10 per cent off her bill.

Shin Min visited the restaurant and found mobile retractable barricades in front of the glass walls.

The restaurant explained that the barricades were not in place that day as the supplier couldn’t set them up in time due to the public holiday period.

Putien also said chairs would usually be placed near the glass wall, but were removed because of the surge in customers over the holiday period.