Woman turns $20,000 worth of lottery tickets into ball gown 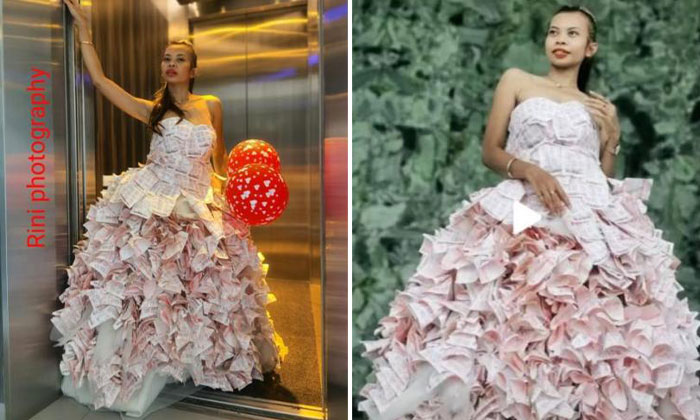 It’s almost a ritual with everyone – just when you realise the winning numbers aren’t what you bought, you tear up that 4D ticket and toss the shreds in the trash.

But not TikTok user lambeturahtkw.

She keeps those lottery tickets whole. And when she has enough of them after a while, she “stiches” them up to form a dress.

Lambeturahtkw shared several TikTok videos of her in a ball gown made out of Singapore Pools 4D tickets on Monday (March 28).

In one video, she twirls around, showing off her gown with the caption “Aku sugeh”, which means “I’m rich” in Javanese.

In another video, she reveals how the pink and white gown was made, with each losing ticket meticulously attached to a white dress.

And there’s nothing cheap about her frock.

A woman claiming to be her friend later shared about the dress on Facebook, saying the 4D tickets on the dress amounted to nearly $20,000 worth of bets placed.

Netizens were impressed with the woman’s creativity, and some hailed her as the “Queen of 4D”.

Well, if Singapore Pools ever needs an ambassador of sorts, they know where to look.