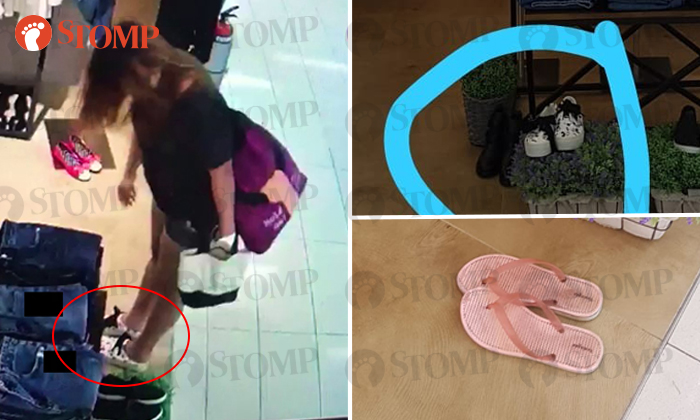 A woman entered a store at The Clementi Mall in pink slippers and left in brand new footwear from a display stand there -- without paying.

Stomper A, whose husband owns the store Dolly Farm, said the incident occurred on Oct 13, at around 8.04pm.

According to A, the shoes taken by the woman were worth $69.

A video that she contributed shows how the woman held up one shoe and put it back down, then looking at a pair of denim shorts before walking out of the shop.

She can be seen bending down, presumably to put on the shoes.

The woman then examined her feet -- this time clad in the new shoes -- and promptly left the store, leaving her slippers behind. 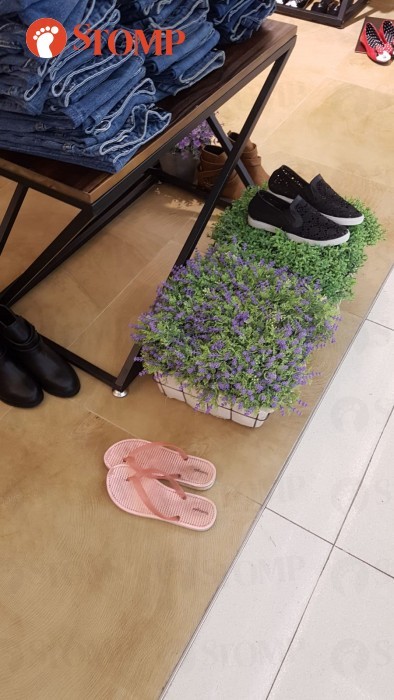 This is not the first time Dolly Farm has encountered such an incident.

In July 2017, Stomper A shared how another woman had hidden clothes from the store on herself and then left with her loot.

Related Stories
Woman takes shirt from Clementi Mall store, hides it on herself and leaves without paying
Woman takes accessories worth $200 from Far East Plaza store while friend distracts owner
Woman casually walks out of IMM store with bed set under her arm without paying
More About:
theft
stealing