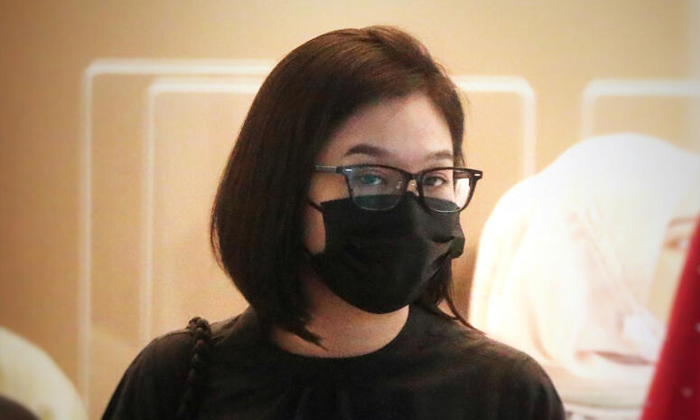 A woman cheated 13 people of more than $196,000 by taking orders for discounted luxury goods she did not plan to deliver.

Siti Norashikin Azmi, who previously worked as a sales associate for Gucci, came up with the scam in December 2019 when an ex-colleague sent her a list of the brand’s past season items that were being sold at a discounted price.

She sent the list to her friends, took orders and accepted payment for the items she knew she was not going to deliver.

The 34-year-old later created her own list of purported discounted goods for other luxury brands.

Siti was sentenced to 33 months’ jail on Thursday after she pleaded guilty to five counts of cheating. Eight similar charges were taken into consideration during sentencing.

She has made restitution of over $16,000 to four victims.

Deputy Public Prosecutor Melissa Heng said Siti had worked for Gucci, which was located in the Duty Free Shop (DFS) in Changi Airport, between August 2018 and June 2019. She later worked as an administrative assistant in DFS Changi Airport.

In December 2019, her ex-colleague at Gucci sent her a list of items from previous seasons, which were being sold at a discounted price.

Siti sent the list to her friends and family, took orders from them and sought payment upfront for the luxury goods.

She later created her own lists, with purported items from other luxury brands such as Louis Vuitton, Chanel and Hermes. She told her friends that each item was being offered at a 70 per cent discount.

To convince them that she had placed the orders on their behalf, she sent them receipts. These receipts were issued for purchases made by staff members at DFS Changi Airport.

Siti, who had access to the receipts as she was then working as an administrative assistant for DFS Changi Airport, sent her victims copies of receipts that matched their orders.

When DFS Changi Airport discovered this, they terminated her employment in July or August 2020, according to court documents.

But Siti continued her ruse. In September 2020, she contacted 32-year-old Muhammad Imran Sumarli, who she had met via a dating app, and told him that she was working as a retail associate with DFS at Changi Airport Terminal 3.

She deceived him into believing that she was selling luxury goods at a discounted price, and the victim ordered multiple Gucci bags and wallets and a Chanel bag.

To convince him, she sent the 36-year-old a photo of her airport staff pass as proof that she was working in DFS Changi Airport.

Farhan told family members and friends that she was selling discounted luxury items and collected orders on their behalf.

He then placed an order for items from Gucci, Louis Vuitton and Dior and transferred $116,344 to Siti’s bank account.

DPP Heng said Siti was blinded by the money she earned through the scam, and had used some to repay outstanding credit card bills.

Seeking 33 to 37 months’ jail, DPP Heng said her deliberate deception and premeditation is an aggravating factor and noted that the offences were committed over a considerably long period, between December 2019 and January 2021.

Siti, who was unrepresented, tendered a mitigation letter to District Judge Ronald Gwee. When the judge asked if there was anything else she would like to add, she said: “I want to apologise for everything that I did.”

She also requested for her sentence to be deferred to Jan 16, 2023, after her son begins school.