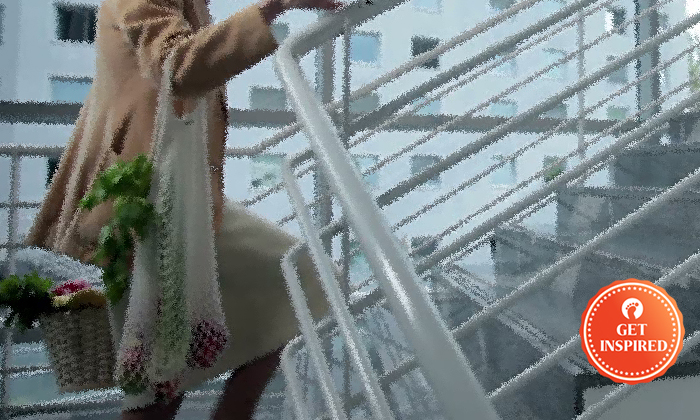 Stomper Sha would like to thank a good Samaritan who went the distance to help her out when she was struggling with groceries on Wednesday morning (May 15).

As Sha is not on social media, she hopes to highlight the heartwarming encounter on Stomp.

Sha told Stomp that she had bought 10 tins of ghee (a type of clarified butter), each weighing 1.6kg, from Junction 10 shopping mall at around 7am.

However, the 55-year-old had difficulty finding her way to Phoenix LRT station and was struggling with her 16kg load.

The Stomper said: "I approached a Chinese woman who was with her young daughter. She was going to work and sending her kid to school.

"I asked her for directions to the LRT station as I found it complicated and was very confused.

"The woman showed me the way. She even took the time and effort to walk with me past the traffic light and showed me the lift to the LRT station.

"Upon reaching the LRT station, there were small stairs leading up to the LRT.

"I was struggling up the stairs with the 16kg load in my red trolley, but this lady quickly rushed to help me by pulling the trolley up. She even followed me to show me the way.

"I was so touched by her kind and compassionate gesture.

"Instead of sending her kid to school and going straight to work, she took the time and effort to do all she could to help me. It was such a good deed."

Sha said that in her exhaustion and confusion, she forgot to ask for the woman's name or take photos, adding: "My mind was only thinking about how she had spent so much time helping me, I thanked her numerous times, again and again.

"She smiled and continued her journey towards the MRT station.

"I am blessed to have met such a helpful and wonderful angel on this beautiful morning, which has been playing on my mind."