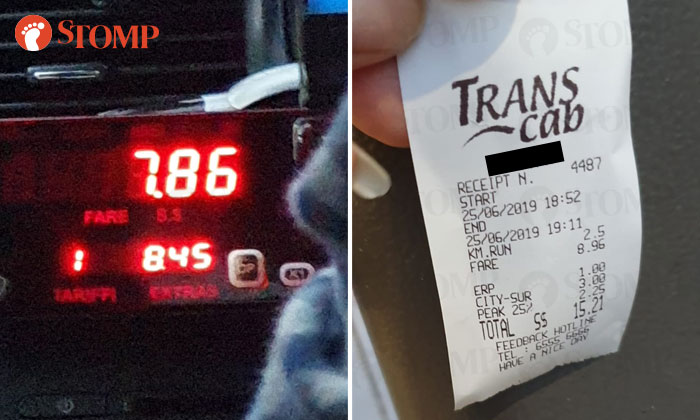 A woman who flagged down a taxi at Merlion Park to get to Chinatown Point was shocked when she noticed the fare reflected on the vehicle's meter on Tuesday (June 25) at about 6.52pm.

Halfway through the journey, the total fare reflected was already $16.31. 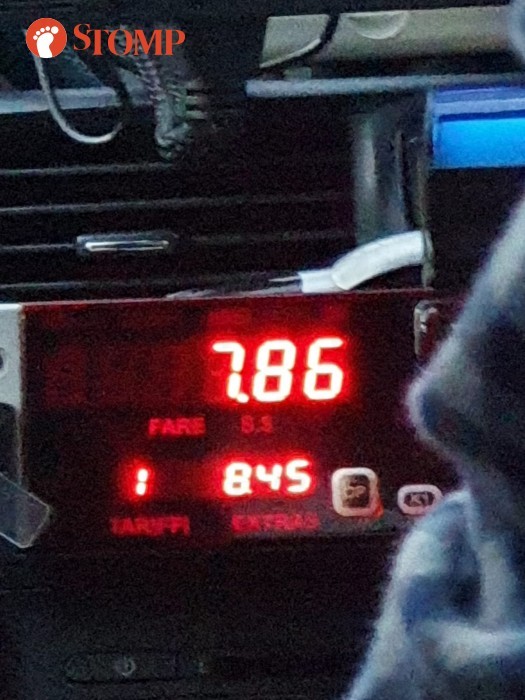 She immediately called her husband, Stomper Tony, who told her to make sure she asked the driver for a receipt before paying the fare.

Tony, who is a taxi driver himself, said that the fare was too high.

"This was just halfway through the journey," he said.

"Yes, there's a Central Business District (CBD) charge, an additional surcharge of 25% of the fare, and a $1 ERP fare, but it still should not have been that high."

Sure enough, when the cabby arrived at Chinatown Point, the fare reflected in the receipt was only $15.21.

Tony said that if she had not asked for the receipt, she would have ended up paying much more. 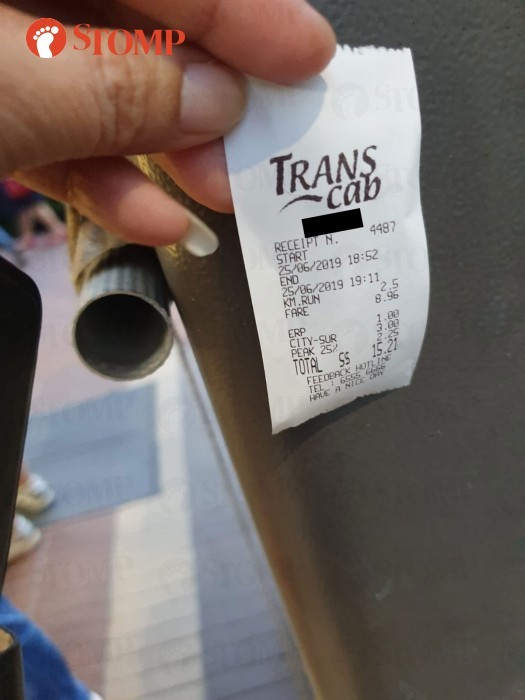 "My wife wanted to see what the final fare on the meter was but she said the driver kept trying to block it," he said.

"I think the driver purposely wanted to overcharge her because she is from Thailand and was speaking Thai with her friend when she entered the taxi.

"He probably thought they were tourists and did not know how fare prices work in Singapore."