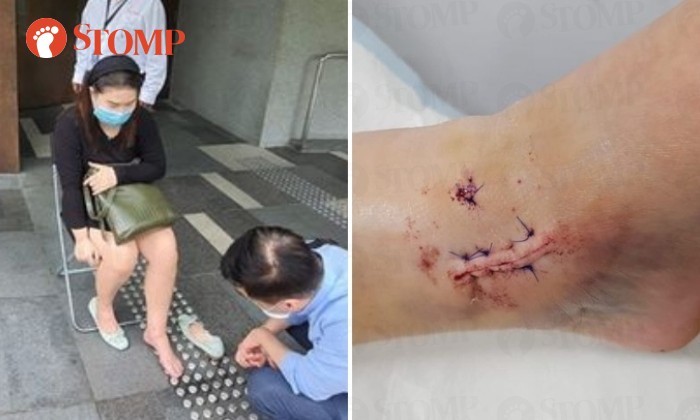 A woman was taken to hospital after tripping over small metal floor studs meant to help the visually impaired outside International Building on June 6.

Stomper Dot, a friend of the woman, submitted photos of her friend's injuries on Sep 6. 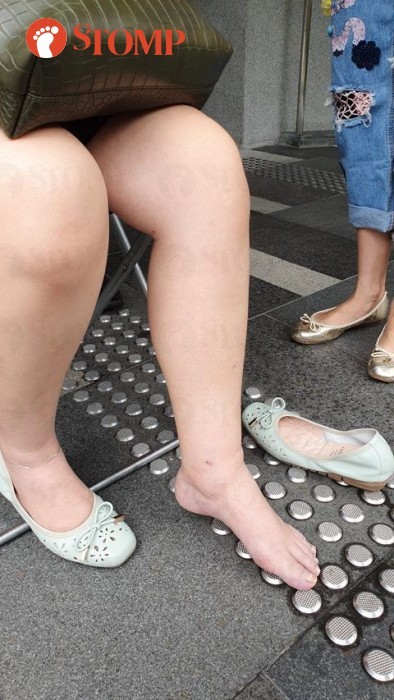 "My friend is really so poor thing. When she was on her way to work, she slipped and fell outside the back entrance of International Building," Dot said.

"The pathway that she fell on had metal studs on the ground. To me, it looks like bad design!

"At first, her injury did not look too serious as there was no external bleeding but her leg actually broke.

"Yes, my friend was looking at her phone when she fell, but people are walking around while using their phones every day and they do not get into an accident!" 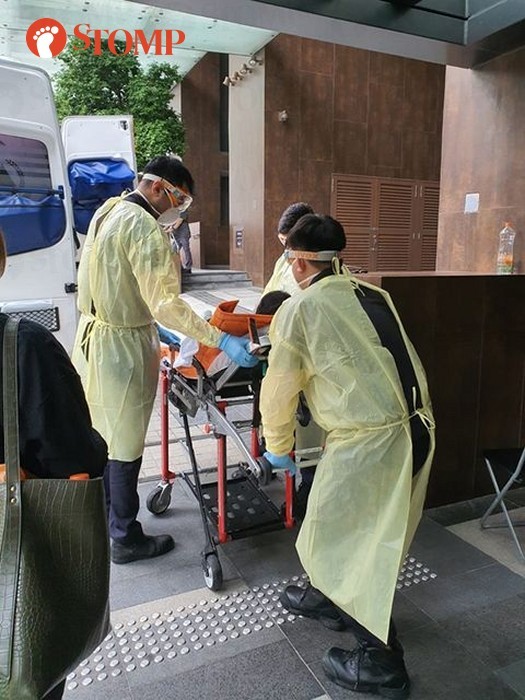 In response to a Stomp query, the Singapore Civil Defence Force (SCDF) said they received a call for assistance at 10.15am.