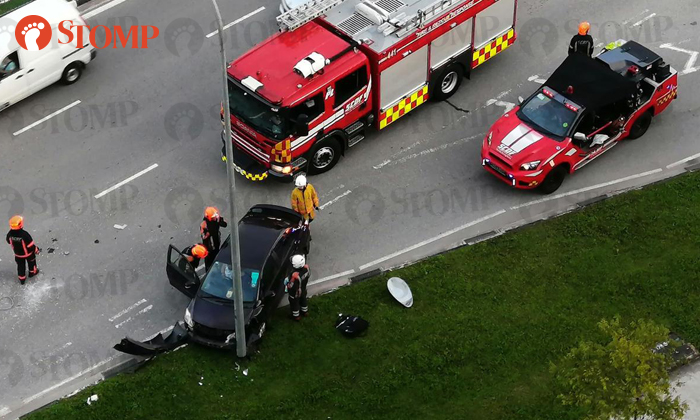 A 35-year-old woman was taken to hospital after crashing her car into a lamppost in Bukit Batok on Monday morning (Dec 23).

Responding to a Stomp query, the police said they were alerted to the accident along the Bukit Batok West Avenue 6 slip road into Bukit Batok Road at 7.13am.

The female driver was conscious when taken to Ng Teng Fong General Hospital.

Stomper Habib, a resident in the vicinity who submitted photos of the scene, said: "I heard a loud sound and the noise of glass shattering."

In one picture, a black car can be seen with its front bumper dislodged after crashing into a lamppost, with debris strewn on the road.

According to Habib, the accident caused a traffic jam.