Woman standing on roof of overhead bridge in Yishun rescued, then arrested 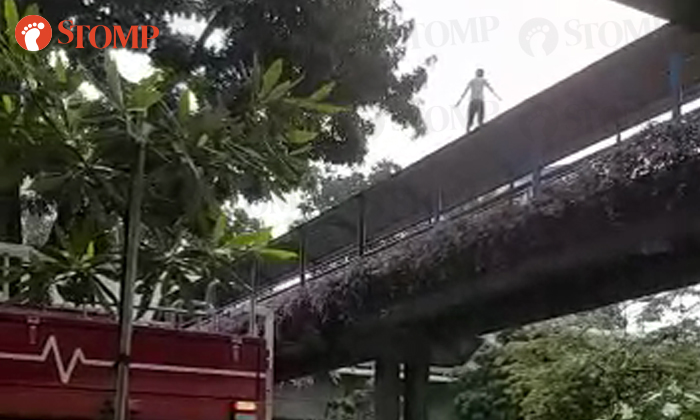 A woman was spotted standing precariously on the roof of an overhead bridge along Yishun Avenue 2 on late Thursday afternoon (June 14).

Stomper K contributed a video taken by his neighbour, showing the woman standing on the top of the overhead bridge and swinging her arms.

A Stomp journalist at the scene at around 5.30pm also saw the woman on the roof, as well as inflatable safety life air packs below the overhead bridge. 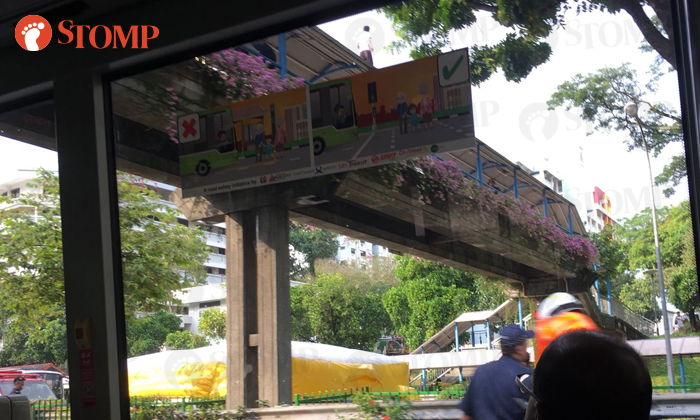 The Singapore Civil Defence Force (SCDF) told Stomp that it responded to the rescue incident and set up two inflatable safety life air packs as a precautionary measure.

The woman was brought down to safety by SCDF officers and taken to Khoo Teck Puat Hospital.

A video that Stomp received shows the dramatic rescue attempt and how officers managed to catch the woman just as she started to fall.

In response to a Stomp query, the police said they were alerted to a case of a woman reported on the roof of an overhead bridge along Yishun Avenue 2 at 4.55pm.

"The 30-year-old woman was arrested for attempted suicide," they added.