Woman stabbed by man at Mei Ling Street recounts attack, says she does not know him at all 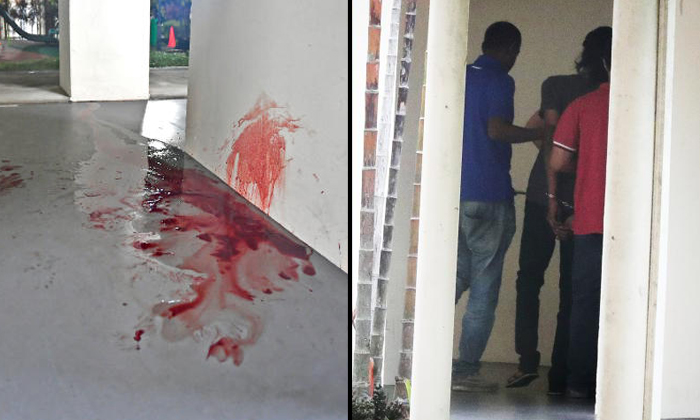 A woman who was stabbed at the void deck of Block 146 Mei Ling Street in Queenstown on Thursday night (Oct 11) said she did not know her attacker at all.

The incident, which occurred at around 10.50pm, left 23-year-old Noordilah Bte Fadilah with severe injuries, including multiple lacerations.

According to Shin Min Daily News, he used a 15cm knife blade to injure Ms Noordilah. The blade did not have a handle.

It was earlier rumoured that the two parties had been in a dispute when the suspect stabbed Ms Noordilah from the back.

However, when Shin Min reporters located the victim on Saturday afternoon, she said that she did not know the perpetrator and had never seen him before.

Ms Noordilah, who works as a salesperson in Queenstown, had gone for supper after ending work that night.

She said she was texting while walking home when the accused stabbed her, leaving her shocked and unable to react in time.

Mr Kenny Ng, who lives in the opposite block, told The Straits Times about how he had looked out of his third-floor window when he heard shouting from Block 146.

The 46-year-old said he saw the duo in a struggle, before the man pushed the woman into a pillar and then pinned her down on the ground.

He immediately called the police and went downstairs to help the woman, who was lying in a pool of blood.

The victim's mother said that Ms Noordilah had been texting their family group chat when her messages stopped.

They were worried for the entire night when they could not locate her, and only learnt of the incident the following morning at around 10am.

Ms Noordilah was last reported to be undergoing treatment after being transferred to a high-dependency ward in National University Hospital (NUH).