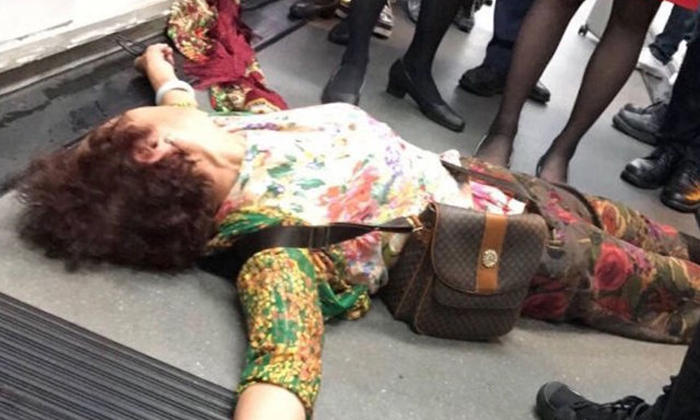 Anyone would be upset by a flight delay, but one woman's reaction at Hong Kong International Airport really took the cake.

According to Shanghaiist, 263 passengers were scheduled to depart Hong Kong for Beijing at 3.35pm on Monday (June 19).

However, the plane had yet to move even at 4pm.

As such, flight crew allowed passengers to disembark and provided them with meal vouchers as they waited.

Although passengers were allowed back onto the plane at 8.30pm, it once again failed to take off.

The situation did not improve even with the arrival of a new day at midnight and tensions ran high.

When enforcement officers arrived, they found a woman who was sprawled out on the floor.

She refused to get up and pleaded that she just wanted to go home, but was eventually convinced to take her seat.

At 2.10am on Tuesday (June 20), the plane finally departed Hong Kong -- 11 hours after its original schedule.

Hong Kong Airlines has apologised for the lengthy delay, explaining that air traffic in Beijing had forced the airline to switch flight crews as the original crew had exceeded the maximum amount of time that they were allowed to work.