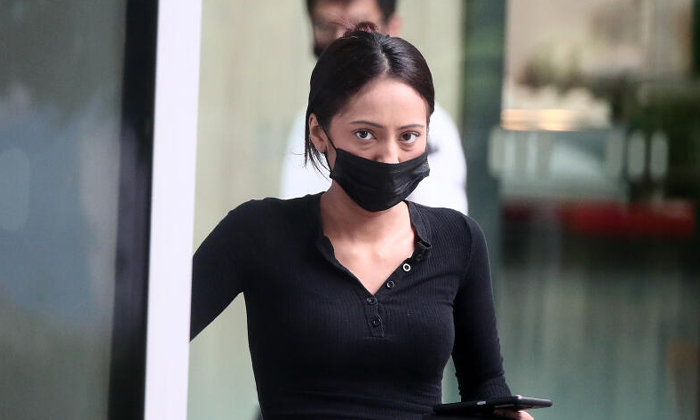 A call centre operator splashed hot water onto her diabetic former boyfriend's chest, causing him a first-degree burn after he told her she was unable to care for her child.

The court heard that the 31-year-old man has Type-1 diabetes and that his condition made him susceptible to serious burn injury and scarring if splashed with hot water.

He later went to a clinic and a doctor found that his diabetes did not affect the extent of the injury.

His assailant, Shazila Akbar Bacha, 25, pleaded guilty on Monday (Aug 29) to an assault charge and was sentenced to three weeks' jail. A second assault charge was considered during sentencing.

On July 18 last year, Shazila was on her way to a friend's flat in Marsiling when she bumped into her former boyfriend outside the unit.

The pair then quarrelled at a nearby staircase landing and Shazila slapped his left cheek.

The pair later entered their friend's flat where they had another argument.

Deputy Public Prosecutor Chong Kee En said: "The accused was also upset as the victim had made some comments that she was unable to take care of her son. The accused proceeded to the unit's kitchen and filled up an orange plastic cup a quarter full with hot water from a dispenser.

"She took the cup filled with hot water, went back into the living room, and dared the victim to repeat his statements about her not being able to take care of her son."

Her former boyfriend repeated his statements and she splashed the hot water onto his chest.

He alerted the police before he went to a clinic the next day for treatment.

The man was then given three days of medical leave, the court heard.

For assault, an offender can be jailed for up to three years and fined up to $5,000.