Woman smashed bottle on teen's head after suspecting her of having affair with hubby, tried to stab her 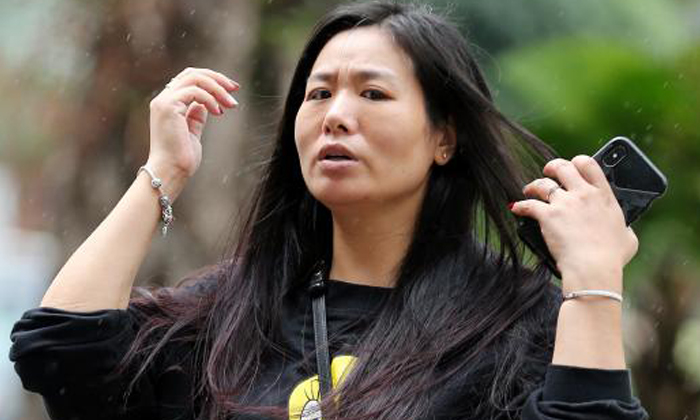 The wife of a company director smashed a beer bottle on a teenage employee whom she suspected of having an affair with her husband.

Chen Xiaqin, 40, a Chinese national, was yesterday jailed for seven months after pleading guilty to one count of causing hurt with a dangerous weapon.

In May last year, Chen, her husband, 42, and his employees gathered at a steamboat restaurant in Geylang to celebrate her birthday.

During the dinner, Chen and her husband quarrelled, and he later left the restaurant.

Around 7.30pm, Chen, who had drunk beer, approached an 18-year-old girl who worked in her husband's production company.

Deputy Public Prosecutor Grace Teo told the court: "She pulled the victim's hair twice and used a glass beer bottle to hit the back of the victim's head."

The bottle shattered and a struggle ensued between the two women.

Chen tried to stab the girl with the broken bottle, but she blocked the blow and was cut on her forearm. The assault was captured by a closed-circuit television camera.

The victim was taken to Tan Tock Seng Hospital, where she got stitches on her scalp and was treated for the cut on her arm, which had exposed the underlying muscle. She still has scars from her wounds.

The court heard that Chen and her husband have a three-year-old son, who is now in China.

In her mitigation, Chen's lawyer, Mr Dhanwant Singh, said her husband was behaving suspiciously and his disappearance from the restaurant was abrupt.

Before he left, he had made a sign indicating endearment to the girl, whom Chen suspected of having an affair with him.

Mr Singh said the offence was not personal but an act to protect Chen's husband from being "stolen" and to keep the family together.

He said: "In all these circumstances, this is an exceptional case of a mother and wife's reaction for the first time in her life, which unfortunately is frowned upon by the law."

Related Stories
Woman slashed married ex-lover with penknife after he refused to go on China work trip with her
Man camped outside hotel to catch wife having affair, clung onto her alleged lover's car for 7km
Naked man attacked by jealous BF: Two-timing woman shares how it all started with sex video
More About:
assault
attack
affair
couple
court
dispute