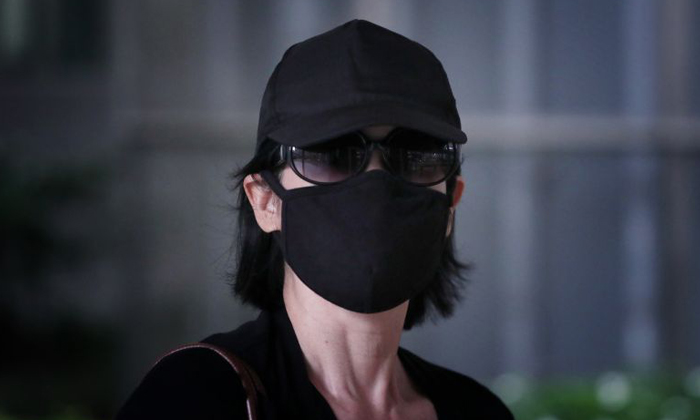 A woman repeatedly abused her maid for close to five years, using household items like a metal ladle, a clay cup and a high-heeled shoe to assault the woman.

On one occasion, Tan Bee Kim, 55, was so incensed that her maid, Ms Zeny Aquino Landingin, had used a smaller ladle to serve her food that she hit the woman on the head and forehead with the utensil, resulting in two haematomas, or localised bleeding outside of the blood vessels, on the maid's head.

That was the last straw for the 48-year-old Filipino who reported Tan to the police.

On Tuesday (Oct 20), Tan was sentenced to six months' jail. She had earlier pleaded guilty to one charge of voluntarily causing hurt. Another 12 similar charges were taken into consideration during her sentencing.

Court documents show that Ms Landingin worked for Tan's family from September 2012 until March 25, 2018, when she reported Tan to the police.

She earned a monthly basic salary of $450, but Tan would deduct sums from her salary whenever she damaged items in the flat, court documents stated.

Tan repeatedly hit Ms Landingin, at times pinching or slapping her with her hands, and other times using various instruments, like a mobile phone, to hit her.

On March 24, 2018, the maid prepared and served Tan her dinner in the living room where Tan was watching television.

Halfway through the dinner however, Tan called Ms Landingin over, and asked her what ladle she had used to serve her food. The maid retrieved the ladle from the kitchen and handed it to Tan, court papers show.

"The accused however told the victim to come closer and she used a metal ladle, which was meant for serving soup, to hit the victim two times on the left side of her head and once at her forehead, intending thereby to cause hurt to the victim," said Deputy Public Prosecutors Muhamad Imaduddien and Tay Jia En in court papers.

Ms Landingin felt pain and swelling on her head. When the swelling persisted the next morning, she lodged a police report.

In mitigation, Tan's defence counsel Manoj Nandwani argued that Tan should not be given the full brunt of punishment, as she had demonstrated remorse and pleaded guilty to the proceeded charge very early on.

He also contended that the victim did not suffer psychological harm from Tan's acts, pointing out that she could stand up to Tan, and enjoyed a certain degree of freedom.

However, District Judge Christopher Tan said such factors do not detract from the fact that Ms Landingin was subjected to repeated abuse.

There were "multiple instances where the victim testified to being afraid", said the judge, adding that Ms Landingin had also said she was afraid of making a report.

Tan will surrender to court next week to serve her sentence.

Related Stories
Woman called maid a 'prostitute', abused her till she escaped by climbing down 15th storeys
Jail for couple who abused maid until she fled through window in 'utter terror and desperation'
Maid abused since first day of work, flees through window of employers' Sengkang flat
More About:
maid
abuse
maid abuse
assault
court