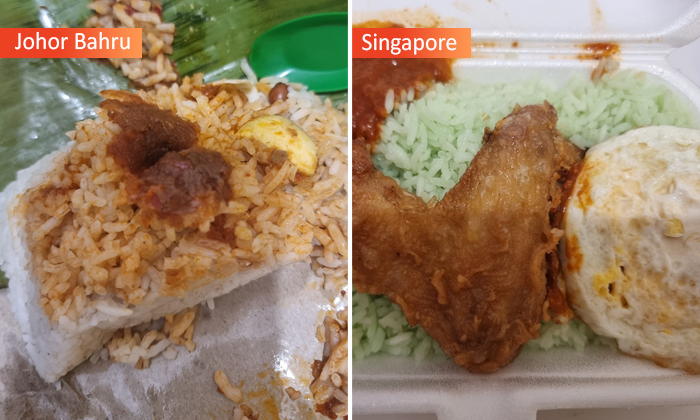 We hear people complaining about expensive food in Singapore all the time. But are we too spoiled and taking things for granted?

Facebook user Hini Nathan recently sparked a debate when she shared photos of the nasi lemak she bought for RM3 (around $0.94) in Johor Bahru, Malaysia, on May 24.

The small packet of nasi lemak contained rice, a dollop of sambal chilli and part of an egg yolk. 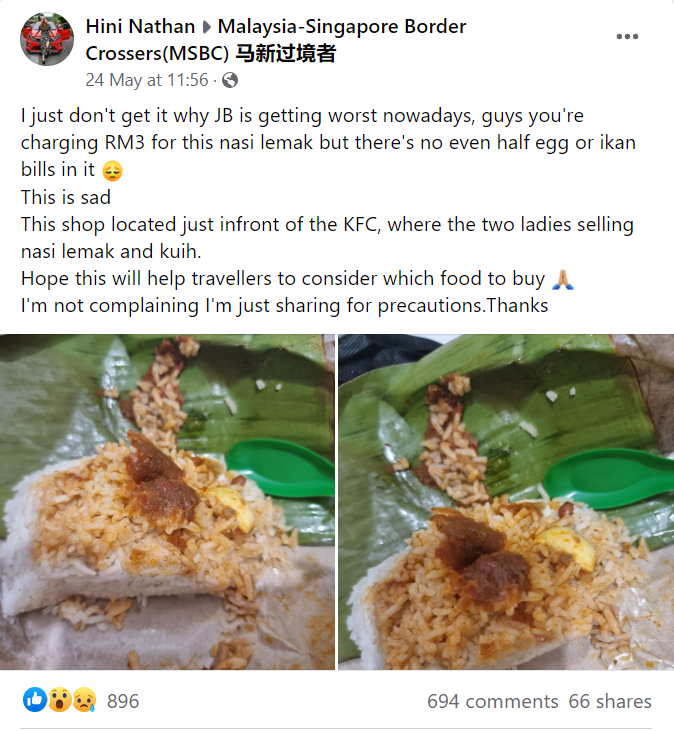 When contacted by Stomp, Hini said: "I bought this from a shop beside KFC JB Sentral, around the walkway.

"There was only egg yolk and it's not even half an egg."

Hini, a Malaysian who has been living in Singapore for five years, subsequently shared photos of the $3 nasi lemak she purchased from a shop at Kranji MRT station on Sunday (June 5).

This time, the rice came with a chicken wing and a fried egg. The portions also looked bigger. 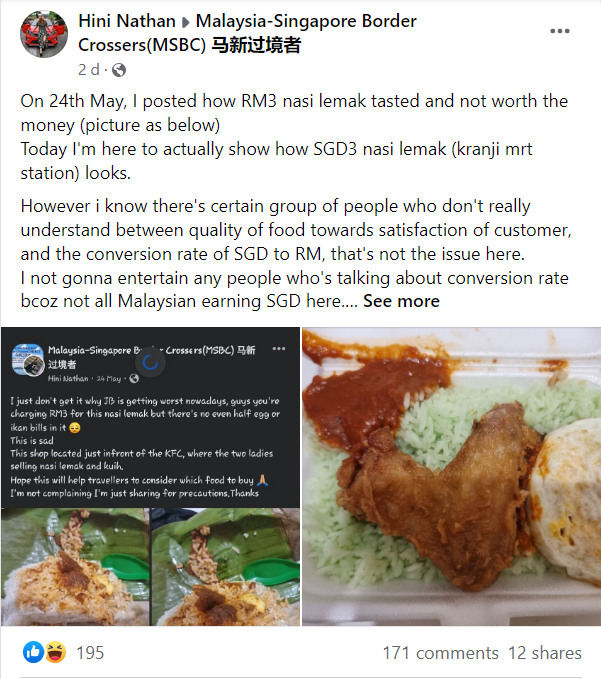 Both posts have triggered a heated discussion online, with the first post garnering almost 700 comments.

Several netizens agreed and said they were not surprised as the nasi lemak they bought elsewhere in Malaysia were like that too.

However, there were also those who told Hini not to compare and pointed out that S$3 is actually almost RM10.

Hini clarified that the intention behind her posts was not about price comparison or currency rates, but about taking pride in food quality and customer satisfaction.

She told Stomp: "My main concern is how people just don't understand the need of selling food with quality.

"My issue wasn't the price, but the quality of food offered to us in Malaysia.

"Why is there such a disparity when Singapore mainly imports food from other countries while Malaysia is producing all the raw materials in the country itself?"

Many users saw Hini's point and felt that it was a valid one, even chiming in with their own experiences. 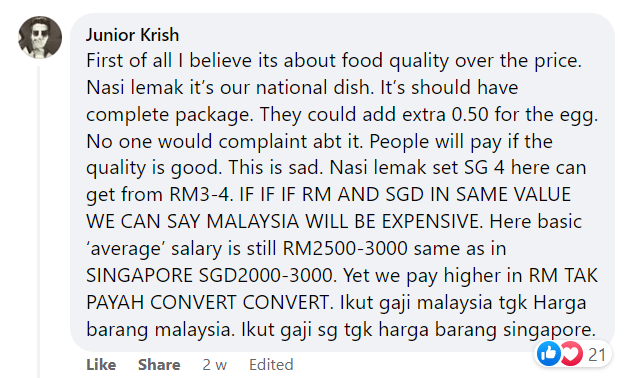 Hini said she also wanted to share this as a "precaution" and help travellers make better-informed choices.

Related Stories
Netizens shocked by how much hot coffee and milo cost at Changi Airport restaurant
Customer complains that $48 meal for 9 pax is too expensive for 'only a few dishes'
Woman boycotting restaurant after getting 'pathetic' amount of duck meant for 4 people
More About:
food
expensive food
Malaysia
travel