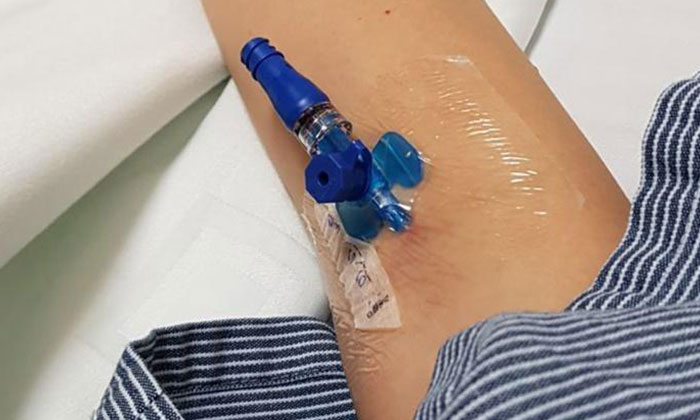 A woman suspected to be suffering from appendicitis went to a hospital for a checkup but realised later that staff had mistaken her for another patient.

Ms Chen, 32, told Lianhe Wanbao that she had got to Parkway East Hospital for her appointment on Tuesday (March 6).

Recounting the incident, she said: "My stomach was feeling very painful on that day, so I rushed to my family doctor early in the morning.

"The doctor told me that I might have appendicitis and arranged for a medical checkup at the hospital."

When she reached the hospital, she was told that she would have to be warded.

After the hospitalisation procedures were completed, she was brought to the 2nd floor where the staff drew her blood for tests.

She was then brought to a room on the 4th floor.

She said: "When they brought me to the room, I found that it was a shared room. I felt that something was off and told a nurse that I wanted a single room, not a shared one."

Ms Chen said that the nurse looked through some medical records before asking her, 'Are you Ms Li?'

Ms Chen feels that this was unacceptable, but clarified her identity anyway.

She said: "I don’t know how they could have made a mistake like that. They later brought me to the correct room and told me that I did not have appendicitis. I was discharged the following day.

"However, I’m still afraid thinking about what had happened. If I hadn’t discovered that they had me mistaken for someone else, could I have taken some medication that I wasn’t supposed to, or even undergone a surgery?"

Ms Chen said that after she was discharged, she gave a feedback to the hospital and was given a satisfactory reply.

In response to media queries, a hospital spokesman said that investigations have been completed and the blood samples drawn from Ms Chen were not mixed up.

The spokesman also confirmed that the hospital received an email from Ms Chen regarding the matter, and the employee involved has since apologised to her.

In addition, the hospital views the matter seriously, and the hospital begun an investigation on the same day they were alerted to the incident.