Woman screams while blocking and kowtow-ing to cars at Aljunied 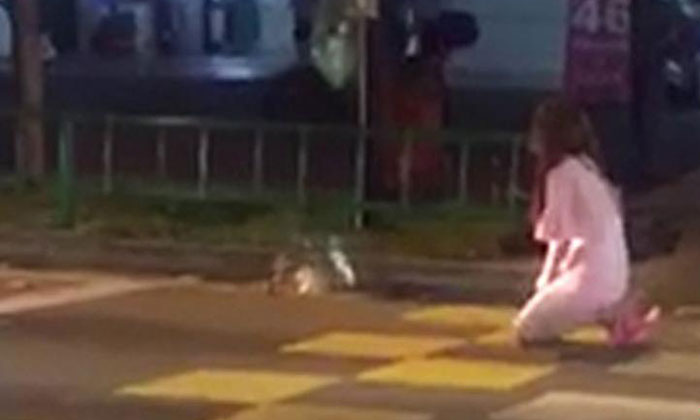 In a bizarre occurrence, a woman walked onto a road at Aljunied, blocking vehicles and even kowtow-ing to the drivers.

A passer-by told Shin Min Daily News that the women started kowtow-ing on a pedestrian crossing, before standing up to block vehicles from moving forward.

“The woman first asked an auntie passing by if she had seen a little girl.

“After the auntie told her that she hadn’t, the woman suddenly knelt and screamed that someone framed her.”

According to the witness, a motorist who was passing through stopped his vehicle and got out of his car in response to the debacle.

The woman started kowtow-ing to him.

Another witness, a worker from a nearby book store, told reporters that the woman stalled at least six vehicles, and the process lasted for nearly 20 minutes.

“There were around 15 people who were present, but we didn’t approach her as we were worried that she might be emotionally unstable.

“One of the passers-by called the police.”

Related Stories
Woman in China strips naked after meeting ex-husband who claimed he paid for all her clothes
Looks like this MRT train has found itself a new 'chairman'
The weather's clearly too hot for uncle who lay topless in MRT train
More About:
Aljunied
weird
kowtow
road