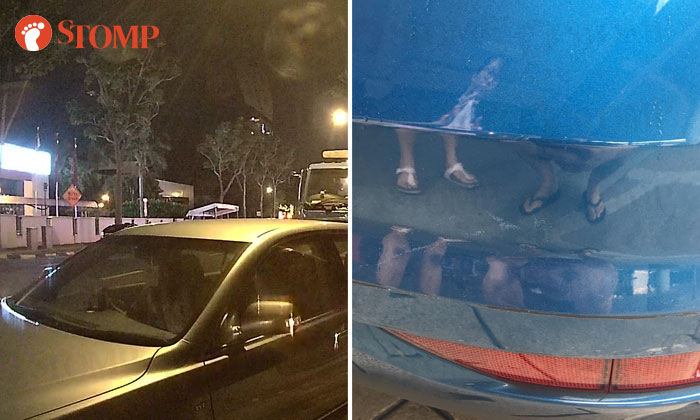 A woman was caught on video scraping a car with her vehicle while parking at Loyang Way on Jan 26.

Stomper Eugene, the owner of the scratched Volkswagen Touran, shared with Stomp footage taken from his in-car camera of the incident that happened outside Loyang Tua Pek Kong at about 9.52pm.

In the video, the woman is seen attempting to parallel park into the lot behind Eugene's car, scraping it in the process.

After failing to park, she drives off like nothing happened.

"My car was hit by a silver Toyota Camry and there are scratches to the rear right bumper," he said.

He hopes that any witnesses or the driver of the Mercedes-Benz that was parked two lots behind him can come forward with footage of the accident.

"I would greatly appreciate if anyone could provide me with more information on the car plate number," he said.

If you have any information on the incident, kindly contact Stomp at stomp@stomp.com.sg or WhatsApp 9384 3761.