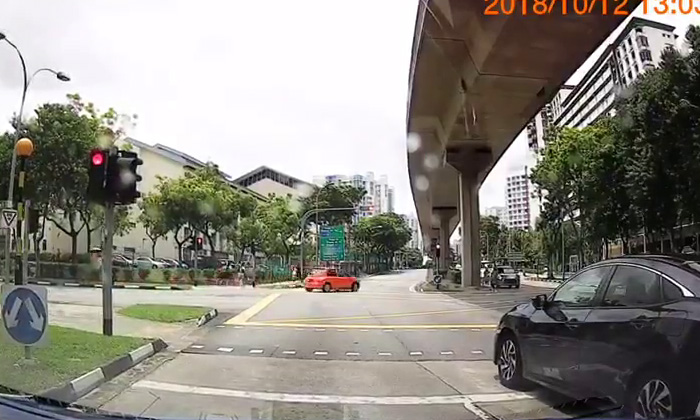 A woman scolded a taxi driver when he was unsure of her drop-off location because she had vaguely told him to go to a road in Serangoon North "where there are a lot of animals".

The argument was caught on a video which was uploaded on Facebook page Roads.sg on Monday (Oct 15).

According to the time stamp in the video, the incident happened on Oct 12 at about 1pm.

The exact location of the incident is unclear.

In the video, the woman can be heard arguing with the driver in Mandarin over the exact location where she was heading to.

When the driver asked her for her drop-off location, she said: "Along the road in Serangoon North where there are a lot of animals."

The driver then replied to clarify which avenue exactly, but she said: "How would I know which Avenue is it at exactly?

"It's the road at Serangoon North with a lot of animals!"

"As a taxi driver, you should know the way instead of asking me.

"I've already mentioned to you, it's the road at Serangoon North with a lot of animals!"

She then cursed the driver's mother by saying "Your Mother!" in Mandarin to him.

This irked the taxi driver, who replied by cursing back at her.

Related Stories
Stomper finds out if it's cheaper to book Grab or flag down taxi for same journey at same time
Grab driver provides lollipops and water for passengers: "If I can give him more than 5 stars, I would!"
Kind Grab driver who gave free ride to blind student has given her "best birthday present", mum tells Stomp