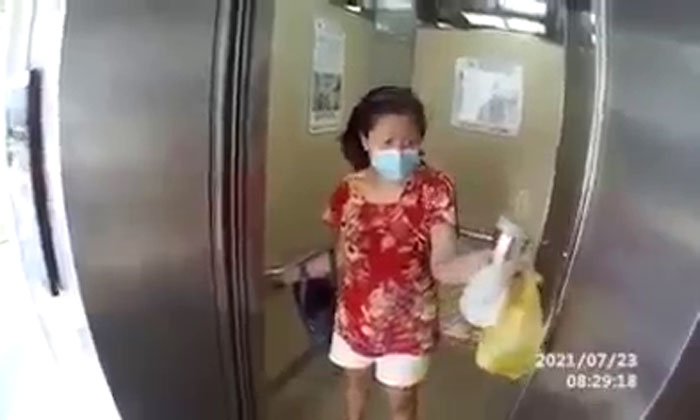 A woman was caught on video refusing to let a food delivery rider enter a lift at an HDB block in Hougang.

Several Stompers alerted Stomp to a video circulating on social media of the incident that happened on Friday (July 23).

In the video, the rider is seen removing food from a bag and heading towards the lift landing where the woman was waiting as well.

While the rider holds the lift open for passengers to exit, the woman quickly enters, turns and tells him to wait for the next one.

She blocks the entrance to the lift, refusing to let him in and when asked why he cannot enter, she responds: "I don't share lift."

She adds that she was there "first" and tells him to take his finger off the button so she can go up.

Before the doors close, she says: "I know you have camera, it's pandemic."

The rider responds: "You're horrible, you know."

Netizens have criticised the woman's rudeness and sense of entitlement. However, some understand why she is overly cautious considering the spike in Covid-19 cases recently.

Chinese daily Lianhe Wanbao reported on July 25 that the same woman was allegedly seen cooking along the common corridor, outside her neighbour's window on at least two occasions. 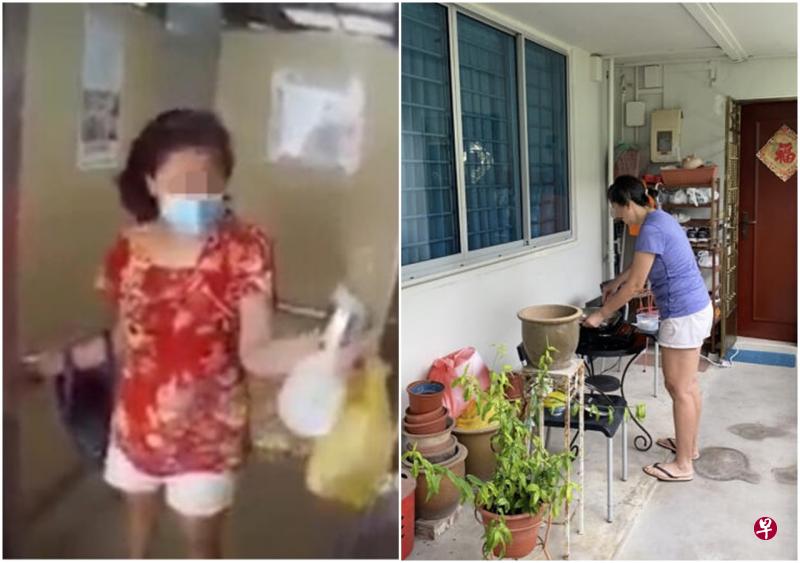 A resident said that she was not wearing a mask and had cooked stir-fried meat and vegetables.

Her 50-year-old husband defended his wife's actions in an interview with the newspaper and said that his wife had allowed two other residents to use the lift before her.

He said there was nothing wrong with wanting to keep a safe distance during the pandemic.

He added that it was "creative" of his wife to cook at the corridor and that those who see it as negative behaviour don't appreciate her 'creativity'.