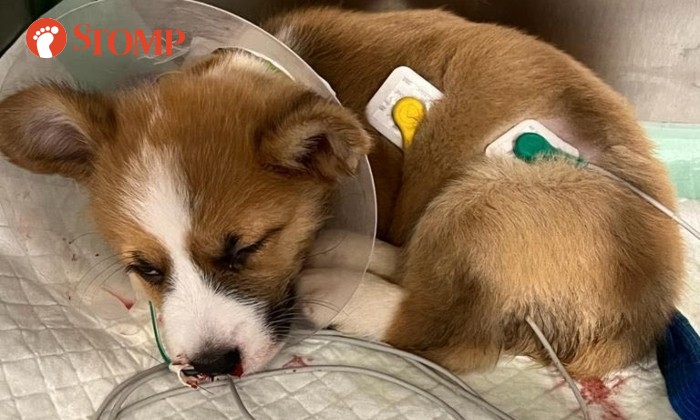 She loves dogs and not dog smugglers.

After two dogs of "unknown origin" died within days of their arrival in Singapore, Stomper Tang shared links to a news article about the case with Malaysian pet sellers who deliver to Singapore on Facebook.

That was when she started getting obscene voice messages on her Facebook Messenger.

On Nov 7, Lianhe Zaobao reported that two corgis of "unknown origin" were bought online for $6,400 and they died in less than a week because they were infected with a dog virus called canine parvovirus.

The Stomper, who is a volunteer with a dog rescue organisation, was the source for the article.

In the article, she said that when the buyer contacted the seller, the seller refused to take responsibility and cut contact.

The Stomper added that the corgis were most likely smuggled from Malaysia.

After the Lianhe Zaobao article was published, she and other dog lovers started sharing the link to the article in Facebook groups and with Malaysian pet sellers who said they deliver to Singapore on Facebook.

"We told them we welcome them to sell to Singapore," she told Stomp, "but they must make sure they apply for import permits and not illegally smuggle them in. They asked, who would want to pay for all the cost?"

The Stomper said: "I merely told them that they should not smuggle and we can buy their puppy as long as there is a proper import permit as we are anti-smuggling."

One Malaysian pet seller reacted badly to it.

"A man voice-messaged me in FB messenger and scolded me with vulgarities. He even searched for my picture and sent it to me with my face circled on it," she said.

"We had a conversation on FB call where he told me to watch out and that I was disturbing his business.

"But I explained to him that I was not. I repeated that we welcome any pet shop to deliver the dogs legally with the necessary health checks.

"He just carried on threatening me. He voice-messaged me non-stop and I had to block him."

The Stomper said that the other dog lovers are also being harassed by the man.

"After I blocked him, he carried on posting my FB profile pic in different groups. He not only posted my picture, but he also questioned my credibility and asked others to question me.

"I understand that he has other FB profiles and a pet shop in JB. He posts on FB that he sells pets and offers pet transport service to Singapore from Malaysia."

The Stomper added that she and others have made police reports.

In response to a Stomp query, the police confirmed that a report was made.