Woman punches Stomper's nose, scratches his chest after he honks at couple in Jurong West carpark 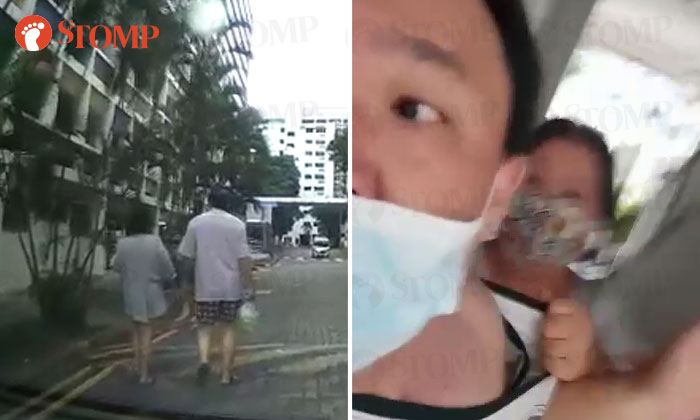 The police are investigating a case of voluntarily causing hurt after a woman allegedly punched a man's nose and scratched him after he sounded his horn at her and another man at a carpark in Jurong West on May 10.

Stomper Anonymous alerted Stomp to the incident and said it happened near Block 644A Jurong West Street 61 at about 6.15pm.

"The couple was taking up almost two-thirds of the lane when I drove past them so I tapped on my horn to warn them," he said.

"Instead, the male pedestrian showed me a few hand gestures.

"When I stopped, an argument broke out.

"This is when the woman gave me a punch on my nose."

The Stomper shared footage from his dashboard camera where you can hear the parties involved arguing before the Stomper exits his vehicle to chase after the couple.

"I called the police and followed them because they refused to stop," he said.

In another clip, he is seen trying to confront the couple who repeatedly change course to avoid talking to him.

"The couple brought be around the whole neighbourhood, still refusing to stop," he said.

"The woman even clearly pullled down her mask."

The woman is seen pulling at his tank top and scratching his chest while the man begins to join in.

She is also seen picking up one of her slippers to hit the Stomper.

He added that the couple also assaulted him one more time in the multi-storey carpark but it was not captured on video.

"Eventually, they hopped into a taxi and I had no choice but to go back to my car while waiting for the police to arrive," said the Stomper."

"I was given 14 days hospitalisation leave for my bruised ribs and arm. 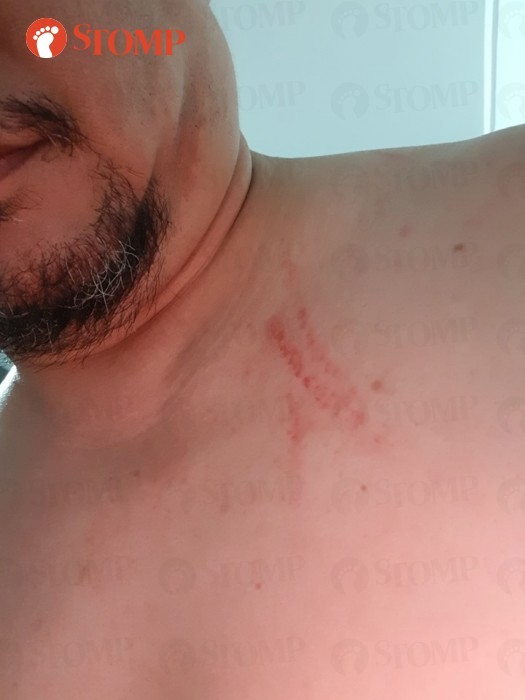 "I also had abrasions on my chest and back from the tussle as well."

In response to a Stomp query, the police said they were alerted to the case of voluntarily causing hurt at 31 Jurong West Street 63 at 6.15pm.