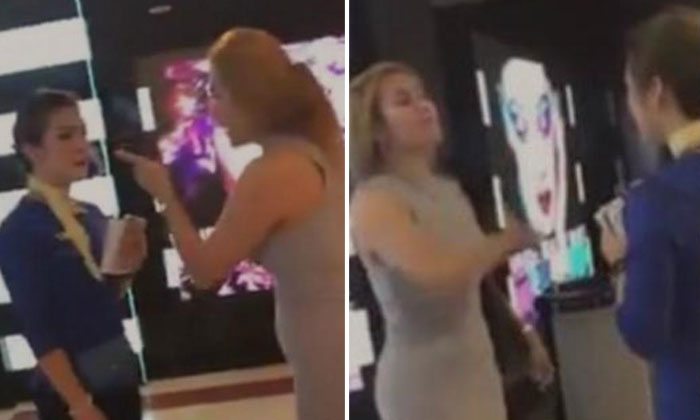 A salesgirl in Kuala Lumpur, Malaysia suffered injuries to her face, fingers and body after she was pulled out of a store at KLCC by a woman and slapped repeatedly.

A video capturing the incident went viral on Tuesday (Jan 29).

In the video, the girl is pulled by the hand out of the shop by a woman wearing a sleeveless dress.

She is then slapped twice and scolded by the woman for insulting her.

After the third slap, she tries to retaliate and lunges towards the other woman before the video ends.

The 30-year-old salesgirl told the New Straits Times: "I just followed her as she was pulling my hand.

"Outside the shop, she suddenly slapped me and claimed that I insulted her.

"She slapped me repeatedly that I didn't have the chance to speak.

"Her action prompted me to retaliate."

It turns out that the woman who assaulted the salesgirl is the personal assistant to controversial cosmetic entrepreneur Nur Sajat.

Nur Sajat has since responded to the incident and said that the salesgirl was rude and had no manners.

She wrote on her Instagram: "You called my PA a dog and said all sorts of things about me.

"When my PA went for you, you got scared.

"Before you say anything bad about people, or even hate people, take a good look at yourself!

"After this, sayang, try to respect people and do not insult them."

The local police are investigating the incident.