Woman poured boiling water on BF's groin as she thought he was cheating on her: "Serve you right" 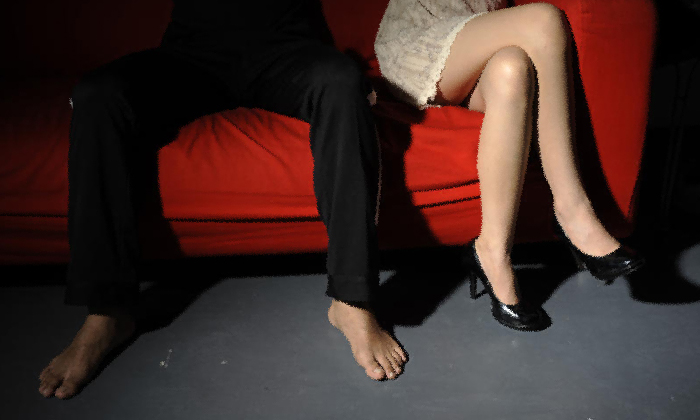 A 50-year-old woman was found guilty of voluntarily causing grievous hurt to her boyfriend, whom she suspected was cheating on her, by pouring boiling water over his groin as he slept.

Her actions left him hospitalised for 26 days and unable to work for about six months. He suffered second- and third-degree burn injuries over 12 per cent of his total body surface area.

The court rejected Zareena Begun P. A. M. Basheer Ahamed's defence that it was an accident and convicted her on Monday (Sept 28).

In his submissions, Deputy Public Prosecutor Ng Jun Chong said the couple began their relationship in 2006. Over the course of their tumultuous relationship, they had broken up a few times, each accusing the other of cheating.

On Jan 12, 2017, Zareena saw her boyfriend at the HarbourFront Centre ferry terminal with a woman with whom she had, since 2015, suspected he was having an affair.

In the wee hours of July 5 that year, Zareena took her boyfriend's mobile phone from his bag as he slept in her living room after supper. She read messages that the other woman had sent him, and "was furious", DPP Ng said.

The DPP then argued that Zareena boiled water and poured a mugful on her boyfriend's pants, over the groin area.

The man woke up in extreme pain and asked Zareena why she did this to him, to which she replied "serve you right".

Zareena's lawyer, however, argued that the entire incident was an accident.

According to her, on July 5, she woke him up and asked to check his phone, leading to an argument between the two.

After this, she claimed, she boiled water to drink and he followed her into the kitchen and sat on a stack of stools.

As she held a mug of the hot water, the man then pulled on her left arm, causing the water to spill onto his groin area, she said.

However, the doctor who tended to the victim, Dr Chew Khong Yik, that his burn injuries suggested that he was lying down when the hot water was poured onto him. Called as a witness, Dr Chew said there were sudden splash injuries on his upper torso, and none on his knees, calves, feet and toes, which would have been expected if he was sitting upright.

Furthermore, there was a burn on his left buttock, consistent with the water flowing down from his groin.

DPP Ng said it was the hospital which reported the matter to the police, and the man never made a police report against Zareena.

Zareena is expected to be sentenced on Oct 20.

A person convicted of voluntarily causing grievous hurt faces imprisonment for life or up to 15 years, and a fine or caning. As a woman, Zareena will not be caned.

Related Stories
Survivor of BF's assault now hopes to help others: 'I put up with the abuse as I was scared to lose him'
Man repeatedly slaps woman's face, kicks her and rains punches on her back at Woodlands
Vietnamese wife beat up husband with golf clubs, stabbed him after thinking he was having affair
More About:
abuse
dispute
couple
affair
court