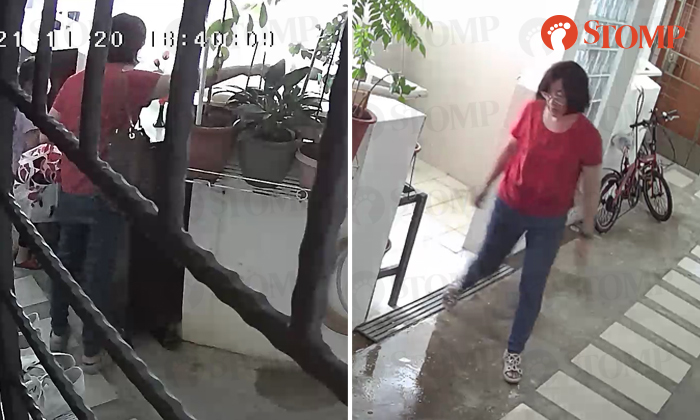 Life can be unbearable if you have to put up with nightmarish neighbours.

Stomper Muhammad, a resident at Block 522C Tampines Central 7, has been feeling troubled by the actions of his neighbour ever since she moved in a year ago.

Muhammad said: "She has been pulling out my plants from their pots, spitting in front of my house, disturbing the items outside my house and throwing rubbish along the corridor."

The Stomper shared videos of the woman's behaviour, including those of her plucking his plants and spitting in front of his home in November.

He said: "This has been going on for a year. I only had proof recently after getting approval from the police and the town council to install a CCTV camera."

Photos that Muhammad shared also show leaves and rubbish left along the corridor.

Muhammad added: "I have informed the town council many times. They simply said they would arrange for cleaners to remove and dispose of the rubbish."

However, the Stomper said that was not the point.

He explained: "I told them if that's the case, does it mean that everyone can throw rubbish anywhere and the town council will clean up? They stopped replying to me after that.

"I have also made a police report.

"I hope Stomp can help me."