Woman places feet on bus window and calls man 'poor' for lecturing her, but he had the perfect response 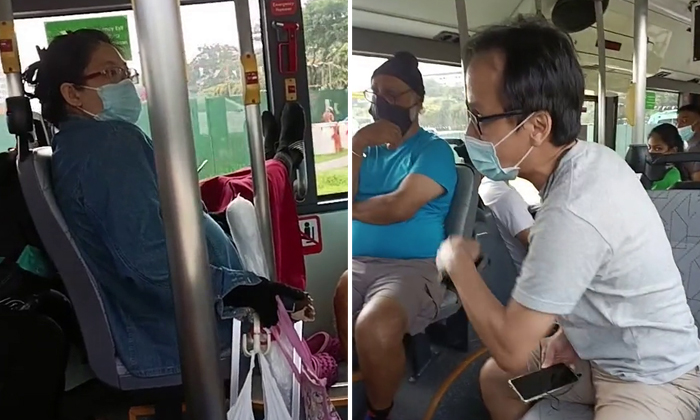 Not happy to see commuters placing their feet on bus seats despite signs stating not to?

Some people simply get on with their own lives. Others complain to Stomp.

One man, however, called out a woman who had placed her feet against a bus window. The two ended up in a heated argument.

A video posted on TikTok on Tuesday (Jan 3) shows the dispute that occurred on bus service 160.

In the one-minute clip, the woman can be seen placing her feet against the bus window while in socks, despite another commuter seated opposite her.

A man is repeatedly heard saying, "Auntie, this is not your house leh. Do you understand?"

He also asked, "How old are you already?".

The woman then told the man to "go find your wife", but the man kept retorting that she had "no manners".

When the woman said it was none of his business, the man replied, "This is called no manners. What none of my business? We have to speak up against what's not right."

The pair continued hurling insults at each other in raised voices, with the man calling the woman a "ghost" and her proclaiming to be "sio bak" (roasted pork belly)."

The man then told the woman to put down her feet, but she replied: "Diam (shut up) lah you."

He went on to chide her by saying, "You are in the wrong but still raise your voice."

The woman retorted, "You poor ah?

However, the man continued to make his point by saying, "Being poor is my business. Being poor is okay, we take the bus but don't sit until like that" while pointing at the woman's feet.

The TikTok video has drawn over 280,000 views and 900 comments, with many netizens praising the man for calling out the woman.

One user commented, "Uncle is neighborhood attorney, facts and arguments on point, eloquent language skills too."

Another said, "Waa the auntie leg... like she own the whole bus the way she sit... woah."

Well, the expression of the commuter seated opposite the woman pretty much says it all. 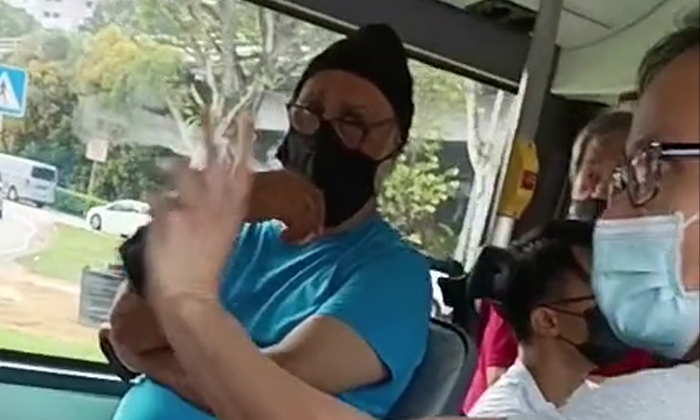 Related Stories
Man chided for walking along PIE, says: 'You want me to jump down? Come knock me down'
Shouting match over queuing at Ayer Rajah Food Centre: 'Scold me one more time and I'll hit you'
Woman curses man for not wearing mask properly, scolds commuters who told her she's very noisy
More About:
Bus
dispute
argument
inconsiderate
TikTok
viral