Woman picked chihuahua up by its neck and threw it down 1.5m, fed it only once every few days 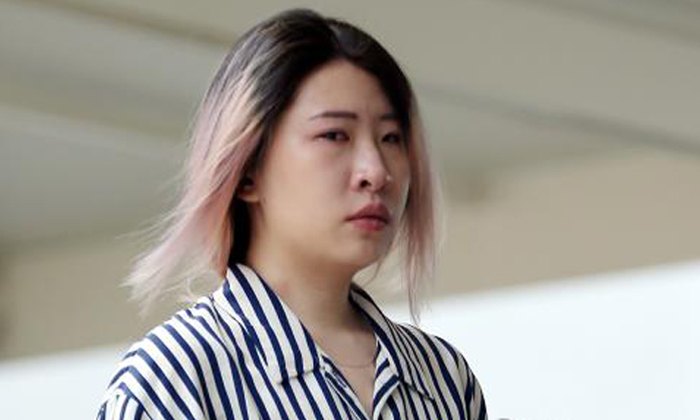 After Sophia Ong Daijuan's chihuahua died, a pet cremation service was called to pick it up.

But officers from the Agri-Food and Veterinary Authority had received a tip-off that she had killed the animal and they managed to retrieve it before it was cremated.

Ong, 26, had claimed the dog had drowned, but a post-mortem examination revealed there was no overt evidence suggesting that had happened.

Instead, the dog had died from trauma to its head and abdomen, along with liver laceration, blood in the abdomen, and micro-haemorrhages within the lung.

Yesterday, Ong pleaded guilty to two counts of animal cruelty and she is expected to be sentenced on Oct 23.

A friend who had visited Ong in January last year said she noticed the dog looked very weak.

This was after she had seen Ong pick the dog up by its neck and throw it down with great force from a height of around 1.5m a month earlier.

Ong then pulled its hind leg with excessive force, causing it to limp after that.

Investigations revealed that in January 2018, Ong fed the dog only once every two to three days, causing it to lose weight.

In February 2018, Ong said she saw the dog's tail soiled with faeces and took it to the toilet to wash it.

She later left the dog unattended in the basin with the tap water running while she used the telephone.

She claimed she returned five minutes later and found the dog submerged in water with its front right paw stuck in the drainage hole.

As the dog was lifeless, Ong said she administered cardiopulmonary resuscitation, pressed onto the dog's chest and also blew air into its mouth, but it did not respond.

The injuries found on the dog were not consistent with the chest compression she said she had administered.