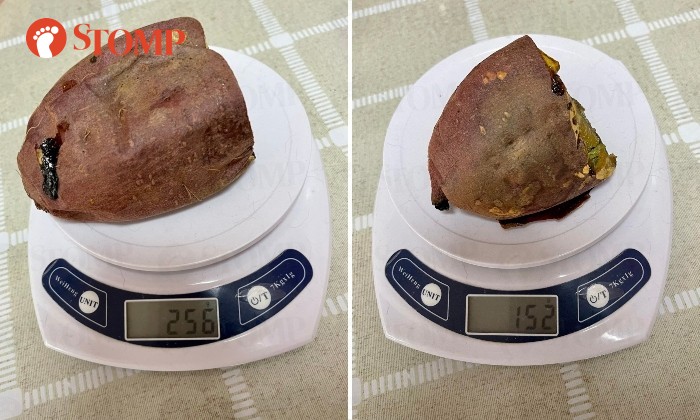 It is a weighty issue.

What do you do when you paid the same price each for two Don Don Donki baked sweet potatoes, but one weighed as much as 104g less than the other?

That was the not-so-sweet situation Stomper Deja found herself in after buying the sweet potatoes from the basement of Square 2 in Novena on Sept 19.

After weighing the sweet potatoes, she found that one of them weighed 256g and the other 152g.

"I didn’t realise the weight differs by so much," said the Stomper, sharing photos of each sweet potato on a weighing scale.

"And no, I didn’t choose the sweet potatoes and check the weight due to hygiene issues. We should really pick and choose the heaviest given the same price."

Her photos show that each of her sweet potatoes was indeed half of one.

"I did ask them what the normal size was," said the Stomper. "They didn’t reply. The only reply I got was if I got a heavier one, that was a bonus." 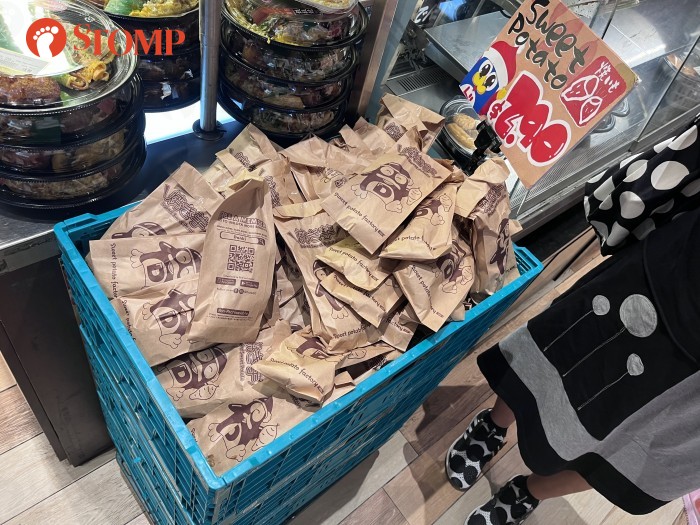 To compare, Stomp bought three baked sweet potatoes from the Don Don Donki outlet in Orchard Central for $2.90 each and weighed them.

The heaviest weighed 247g and the lightest 226. The one in between weighed 243g. So the biggest difference in weight was only 21g.

These were all whole sweet potatoes, unlike the cut ones the Stomper bought.

In comparing the weight of all five sweet potatoes, it would appear the one weighing 152g bought by the Stomper was an outlier as it was the only one under 200g.

But when Stomp visited the Novena outlet on Sept 24, Don Don Donki was selling only the XXL sweet potatoes for $4.50 each. Stomp bought one of them, which weighed 484g, roughly twice the average weight of a $2.90 sweet potato. 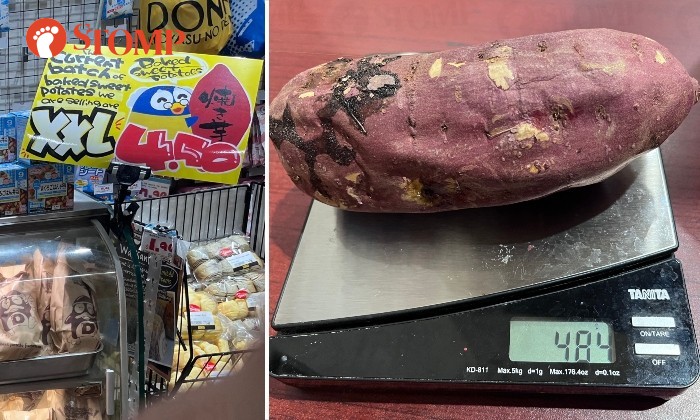 In response to a Stomp query, Don Don Donki said: "Our baked sweet potatoes are directly imported from Japan where the farmers will pack and segregate them into batches before labelling them according to their sizes, which may vary depending on each seasonal harvest.

"Upon receiving and identifying the batch labels, we would then sell at a standard price for the individual pieces at the stores."