Woman pays $8.50 for bee hoon at Nex basement after staff refuses to let her switch ingredients 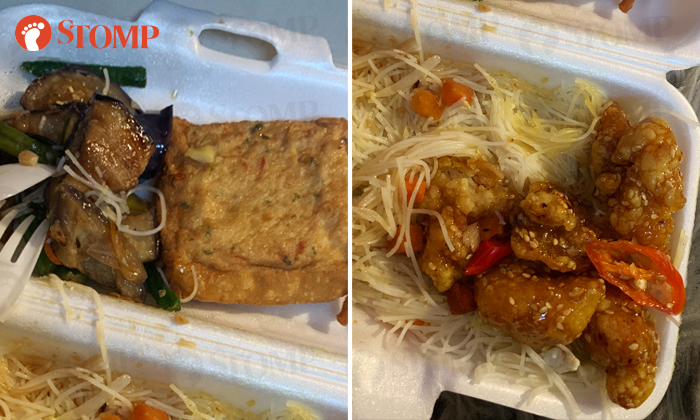 After having read multiple articles about overpriced economy meals in Singapore, a woman never thought that she would have a story of her own to share too.

Stomper Sheila was shocked to be charged $8.50 for a packet of fried bee hoon with three dishes at a stall at the basement level of Nex shopping mall recently.

She had ordered bee hoon with vegetables, bean curd and lemon fish. 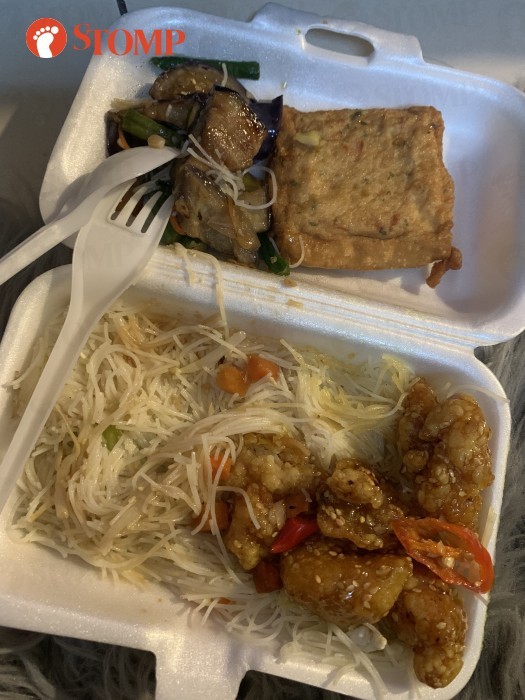 Sheila told Stomp: "Honestly, I was expecting the bill to be at least $6 to $7 but it ended up being $8.50 and I was very shocked.

"When I asked why it costs this much, the lady at the counter said the tofu is $1.50 which is almost equivalent to the price of one packet of uncooked tofu.

"I even asked if I could change it to something else, but she said I could not as she has already packed it.

"Furthermore, the bee hoon tasted bland and the vegetables had no seasoning. The only thing great about the meal was the fish."

"Oh and one major thing was that they charged $8.50 for that packet of bee hoon with no chilli added," said Sheila.

Related Stories
Mixed rice stall should display prices of all food items so customers don't get surprised, says Stomper
Woman feels ripped off by $8.50 nasi padang with sotong, beef lung and potato at Changi Village
Man unhappy over $5.40 cai png, so we ordered the same thing to see how much it costs
More About:
expensive
expensive food
food