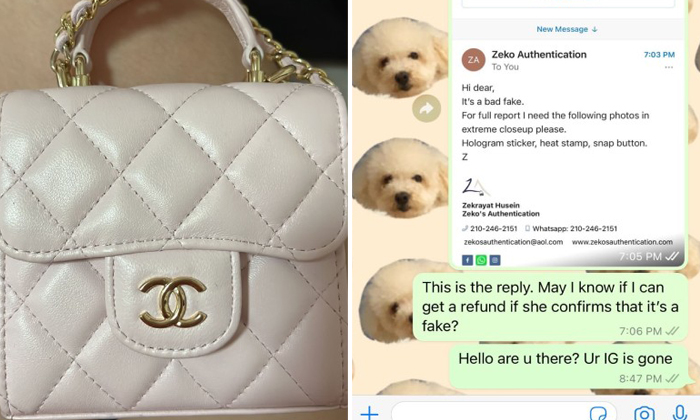 Aiming to save $100 on a Chanel handbag, a Singaporean woman thought she got a bargain from a seller off Instagram.

Turns out, the bag she received was a counterfeit, and the woman, who wanted to be known only as Lee, was out $3,600.

This 27-year-old from the finance industry told AsiaOne on Tuesday (April 19) that she had been shopping for a Chanel bag, and following several Instagram accounts that were selling luxury goods.

One of them was Myparisbags.eu, which Lee said seemed "legitimate" since several of her friends had also followed the same social media account.

The seller, known as Esther, claimed she was able to sell luxury goods cheaper as her supply came direct from the stores in Europe.

"I thought it would be safe to buy from her since the number of Instagram followers she had (some 13,000) was quite substantial," Lee said.

In February, after opting for a Chanel clutch with chain that cost $3,600, Lee transferred the money to Esther through a bank account address in Malaysia. A bag of a similar design is listed at $3,790 on the official Chanel website.

The handbag arrived at her doorstep in early April, along with a receipt from a Chanel store that Lee said looked "very real".

It was the same account Lee had purchased her Chanel bag from. 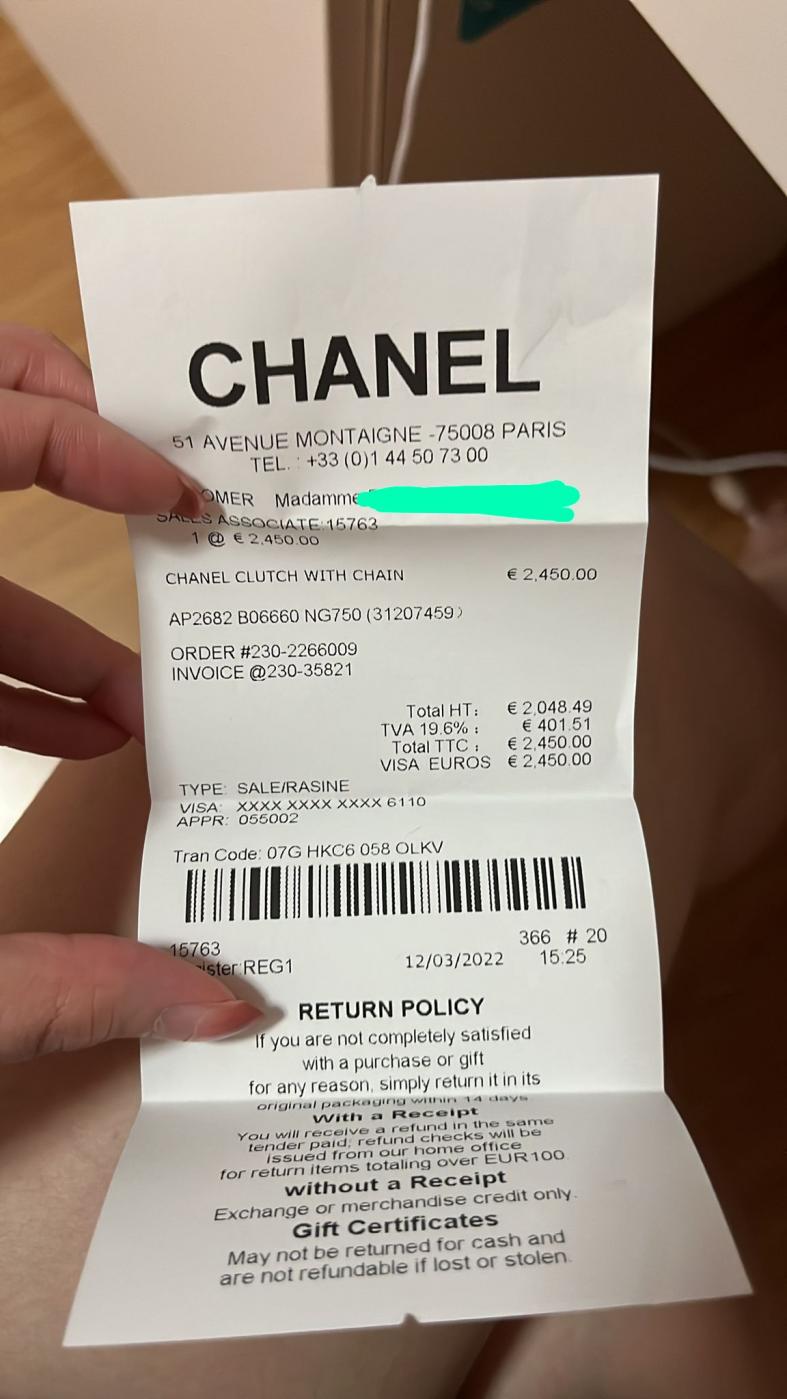 She messaged the seller about the notice, and she replied that the customer who shared the Instagram story did not like the model of the bag and requested a refund.

Unconvinced with Esther's explanation, Lee forked out $100 to get her handbag authenticated online through a US website.

She was told her bag was a "bad fake".

She contacted Esther requesting for a refund but never got a reply.

Lee said she has lost all hope of getting her money back.