Woman parks Audi at Tampines void deck, says that's what the ramp is for 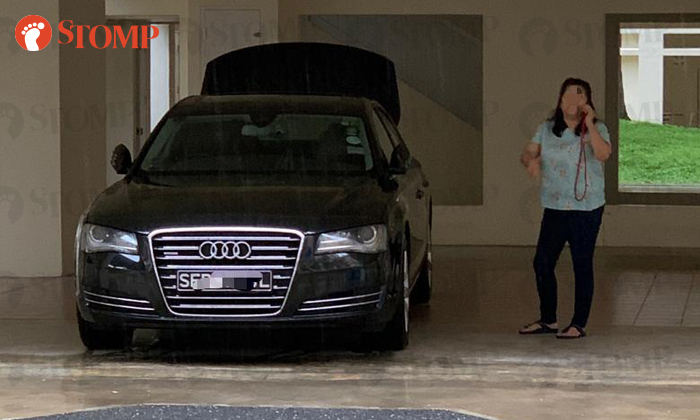 A woman was seen with her Audi parked at a void deck in Tampines and apparently chided a passer-by who discouraged her from doing so.

Stomper Anonymous, a resident in the vicinity, said his father had encountered the woman at Block 324 Tampines Street 32 on Sunday (Aug 23), at around 1.23pm.

Anonymous told Stomp: "My dad was passing by and quite kindly suggested to the lady that this was not an appropriate place to park her vehicle.

"She told him off rudely and said, 'Then the ramp there is for what?' even though the ramp was for the handicapped and not for her car to access the void deck.

"My dad decided not to pursue an argument but she picked up her phone to call another party (which you see in the picture).

"She spoke loudly and told the person on the line that some 'stupid man' was telling her about where she can or cannot park her vehicle."

Anonymous, who submitted a picture of the woman with her face and car licence plate blurred out, said he is unsure how long the woman was parked there.

He also shared a picture showing where the Audi had been parked. 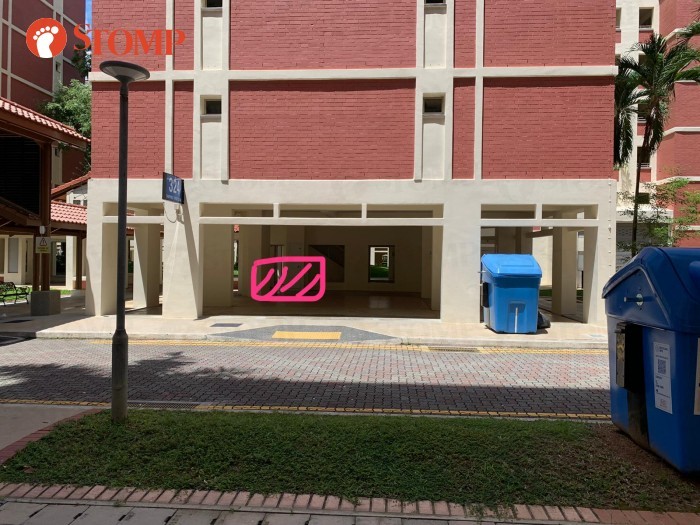 Motorists who park somewhere other than in a parking lot can be fined from $35 to $100 depending on the vehicle type.