Woman on Reserved Seat tells auntie: 'You pay, I pay... you earn my respect!" 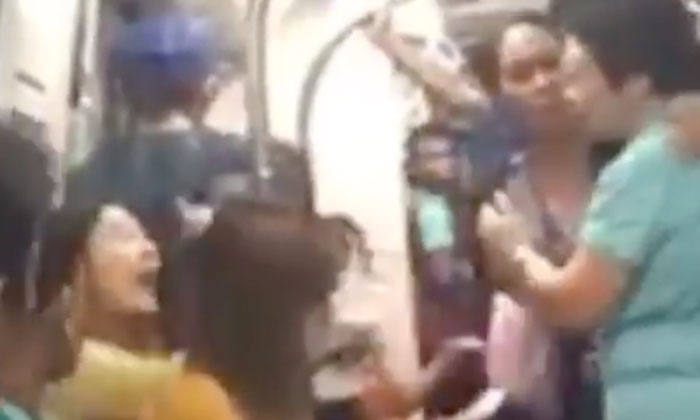 A video of a woman and an auntie engaged in an altercation over an MRT reserved seat has been circulating on Facebook.

The video, shared on Sure Boh Singapore’s Facebook page, shows a woman sitting on the reserved seat on board a MRT train.

An auntie in turquoise can be seen standing in front of her.

The woman then told the auntie:

The auntie retorted that she merely asked her for the seat as her leg was painful.

She chided the woman, saying that ‘other people’ could give up their seats and that she was disrespectful.

The two started bickering, and the woman snapped back the auntie, telling her that she would have to earn her respect.

During the process, a passenger sitting next to the woman attempted to intervene and defuse the tension.

She even stood up to give her seat to the auntie, while the woman told the auntie to get out of her sight.

The video ends as the train pulls into the Tiong Bahru MRT Station.

Related Stories
Woman pushes down elderly cyclist and warns him not to mess with her because she just got out of prison
Goondu posts photos of burning Singapore flag on Instagram, challenges authorities to give him the death penalty
Some things like PDA are best left to be private and personal to uphold its intended meaning and purpose
More About:
MRT seat
dispute
quarrel