Woman nearly scammed out of US$5,000 by guy she met on dating app 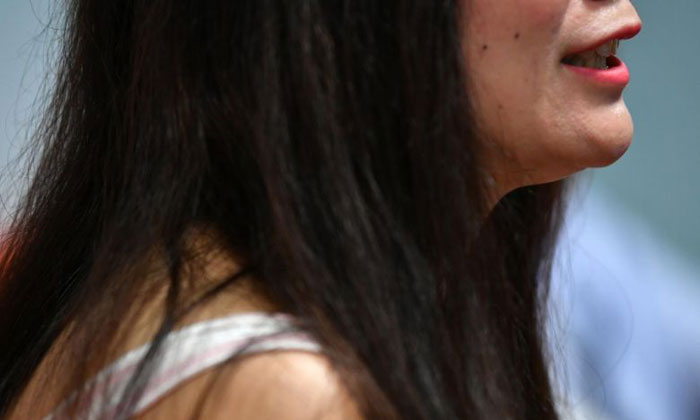 Heartbroken after a one-year relationship with a man she met while gaming on the Internet ended, Alice (not her real name) decided to look for love online in July this year.

The 43-year-old IT manager met a man on a popular dating app who claimed he was born in Taiwan but was now living in the United States as a diamond dealer.

They would chat and call each other every day on messaging platform WhatsApp.

"He told me that after his mother died about five years ago, he has been feeling empty and alone, and needed someone in his life," Alice told reporters on Wednesday (Sept 4) in an interview arranged by the police to warn of online love scams that have seen an uptick.

She said he would send her romantic poems every day, and selfies and photos of his life that "seemed so real", she did not suspect anything was awry.

He also asked her several times to be his girlfriend and said he would come to Singapore to meet her, but she declined as she was still healing from her break-up.

"He said he had a package of diamonds worth US$800,000 and needed help to pay the custom fees so that the package could reach his clients," said Alice, who spoke to journalists at the Police Headquarters.

Keen to help her online friend, Alice made the transfer via Internet mobile banking to a US bank account under Interaudi Bank.

A few days later, he told her that he did not receive the money and asked her to make a second transfer.

This time, Alice's suspicions were raised. Without alerting the man, she checked on the status of the transfer with her bank, which confirmed that the transfer was successfully made.

Realising that he may not have been telling her the truth, Alice sought advice from her sister. On Aug 20, Alice made a police report after discovering she had been scammed.

While she was lucky enough to eventually get back her money after notifying the police, many other victims of Internet love scams are not.

In the first half of this year, there were 306 cases of Internet love scams reported to the police, up from the 288 cases in the same period last year.

The largest amount cheated in a single case in the first six months of this year was $2.4 million.

Principal psychologists Carolyn Misir and Jeffery Chin from the Singapore Police Force said anyone can become a victim of an Internet love scam.

Scammers often use compliance and persuasion tactics in order to get victims to transfer money to them, they added.

For example, scammers may study their targets and create a fake profile to match what their potential victims may find attractive in a partner.

They also try to catch their victims at a time of vulnerability, such as after the loss of a relationship, divorce, or emotional event in their lives, added Ms Misir.

In Alice's case, she was savvy enough to be able to pick up on the red flags, said Mr Chin.

"All victims of Internet love scams usually would develop suspicions at some point, but most of them don't act on them because they would have to let go of the bond that was formed, so sometimes, they choose not to see the signs," he added.

To tackle love scams, police have set up an anti-scam centre that would be able to freeze suspicious bank accounts in the three major banks here - DBS, OCBC and United Overseas Bank.

Bank staff have also been trained to spot customers who may be victims of scams.

The psychologists said family and friends can also help by keeping an eye out.

"Don't make transactions to people you don't know, and don't be afraid to tell someone if you think you may have become a victim," said Ms Misir.

For Alice, her close shave with an Internet love scammer has left her distrustful of others, even in real life.

"I'm considered lucky but I've heard other stories where other victims were hurt badly. Don't put too much trust into these online relationships, so you can protect yourself," she said.