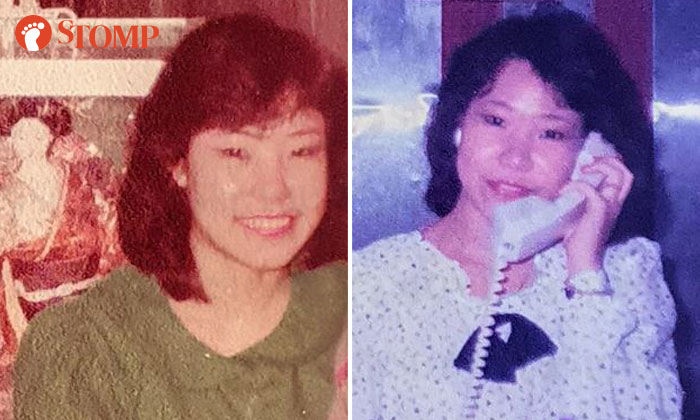 Stomper Kelly is looking for her long-lost friend and former colleague Patricia Chan.

The two became close while working together at Singa Plastic in the 1980s.

"She was the secretary for the managing director and I was a receptionist at the company," said Kelly.

"We were close colleagues for four years up until I left the company in the mid-80s."

The two friends reunited after Patricia got married and had a son in the late 80s.

"She was staying in Yishun then," said Kelly.

"I am looking for her now because I want to know how she's doing now.

"There are many things to catch up on over all these years and many good old memories still live in my mind.

"She knew me by Ross more than Kelly during that time."

If you are Patricia or know how to reunite these old friends, kindly email Stomp at stomp@stomp.com.sg or WhatsApp 9384 3761.