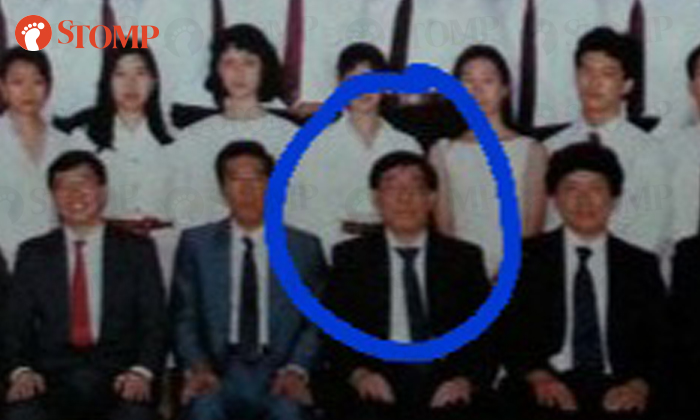 A woman is looking for her former lecturer from Ngee Ann Polytechnic whose guidance and teachings continue to make a significant impact on her life.

Stomper Christine said Mr Lye Chen was her lecturer at the polytechnic from 1991 to 1994.

Chistine told Stomp: "He was also the Deputy Head of the Electrical Engineering department back then.

"I was a very bad student and had no interest in studying at all. When I was failing in my subjects, he was the one who gave me confidence to hang in there.

"Although I did not pursue a career in Electrical Engineering, he was my best teacher. He taught me about perseverance amidst challenges, which helped me through a few uncertainties in my life."

The pair continued to keep in touch after Christine graduated, but lost contact after Mr Chen retired.

Christine said: "He should be in his 70s now and may not have access to social media.

"The last time I met him was in 1998, when I told him that I was leaving my job at a bank as I had been accepted by the Ministry of Education (MOE)."

Attempts to reconnect with Mr Chen over the years have been unsuccessful, Christine added. Efforts to reach him via her old school have also come to naught.

Christine said: "After I failed to contact him via his DID, I called the school's main office several times. But they only told me he was no longer with them. That was between 1999 and 2003.

"My last attempt to contact Mr Chen was in 2013, when I brought my students to Ngee Ann Poly's Open House. However, the staff at the Electrical Engineering department were all new and did not know him."

Christine is making a last-ditch attempt to reach out to Mr Chen through an appeal on Stomp.

She added: "He was a significant adult in my life other than my parents. I hope to have the opportunity to let him know that I am doing well and thank him for being there for me.

"As a senior counsellor in the civil service now, his kind legacy continues to live in me."

If you are Mr Lye Chen or have any information about him, kindly contact Stomp at stomp@stomp.com.sg or WhatsApp 93843761.