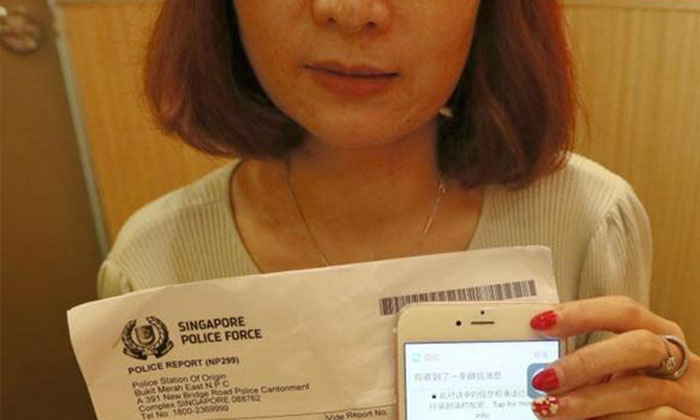 Puzzled after receiving messages asking for ‘special services’, a woman later found out that she had been listed as an escort on an adult website, prompting her to call the police.

The victim, 43, told Lianhe Wanbao that her contact number had been listed on the website, and she had received a string of calls from strangers soliciting her ‘services’.

She said that a caption on the website even stated that she had to look after her children in the morning, and would only be able to receive clients after 9pm.

The victim revealed that she had received a WhatsApp message from a stranger last Saturday (Aug 26) who asked her if she was available.

“After I read the message, I was fuming.

“It seemed to insinuate that I was providing some sort of sexual services.

“I immediately asked him how he got my number.

“He told me that it was via a friends' introduction but later said that he had dialled the wrong number.

“Only after I threatened to call the cops, did he tell me that he had gotten my number from a website.

“He kept apologising after that.”

Within two hours, she received another message from a stranger, asking to book her for ‘services’.

It was followed by a string of similar messages on WeChat.

At the end of her ropes, she decided to call the police.

“I am a businesswoman.

“I have never done anything illegal.