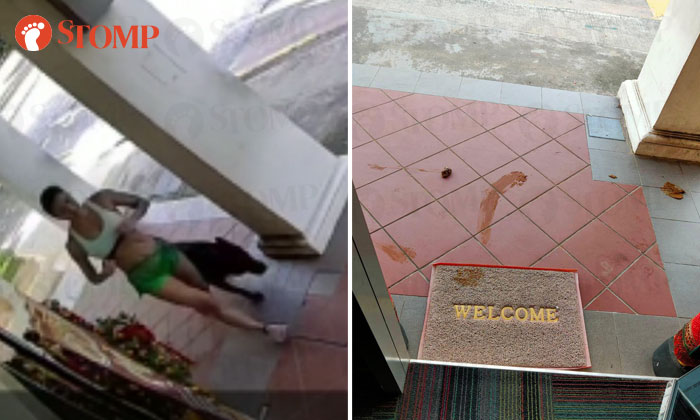 A store owner is crying foul after a woman allowed her dog to defecate in front of his shop at 218 Pasir Panjang Road in Buona Vista on Wednesday (May 5).

She did not clean up after her pet either.

The Stomper shared with Stomp footage of the woman jogging past his store with her dog.

The dog is seen leaving behind three pieces of poop as it runs forward.

Its owner looks behind but keeps her pace.

"I would like to highlight a case of an inconsiderate pet owner," said the Stomper.

"While walking her pet, the dog pooped in front of my shop.

"The owner did not even bother to clean up the mess left behind by her pet.

"The mess was also stepped on which made it messier and not to forget the stench from the poop.

"It's time she became a bit more aware of her surroundings and considerate for the users of common spaces."