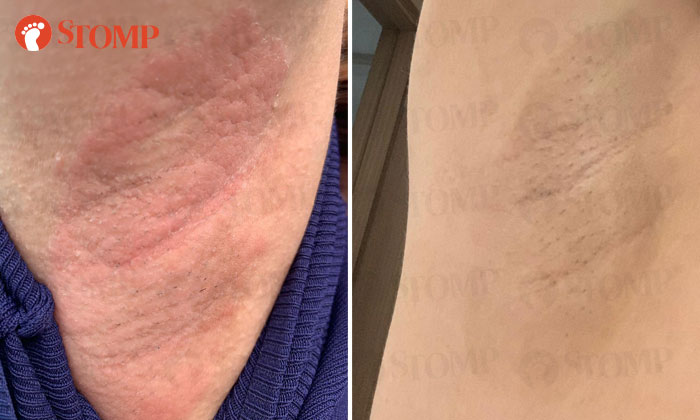 When Stomper S went for a waxing appointment at a neighbour beauty parlour in Bedok, she was not expecting to be left with scars a month later.

S had visited the salon at Bedok Central on July 23 to get a leg, armpit and Brazilian wax.

She told Stomp that she paid over $300 for everything.

"Immediately after the waxing session, my skin was red and began to swell," she said. 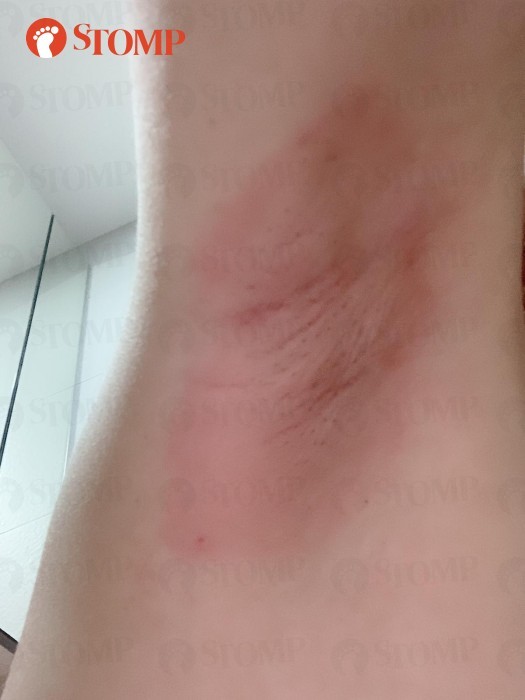 Three days after the session, there were welts and rashes on all the areas she had waxed. 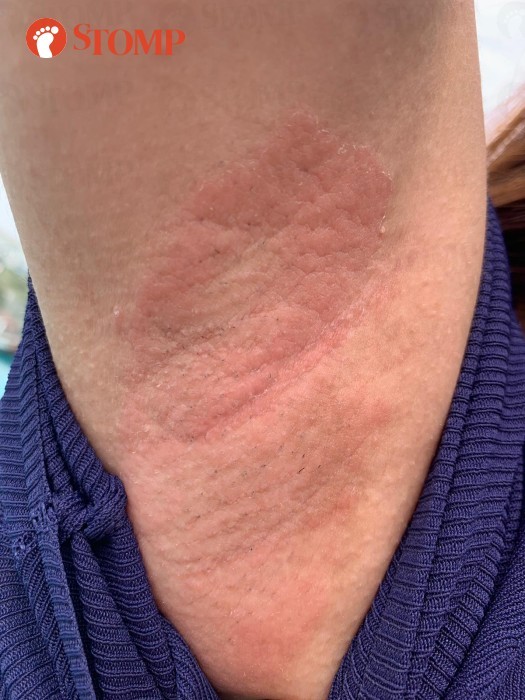 "Now, I'm left with dark scars on my armpit," she said. 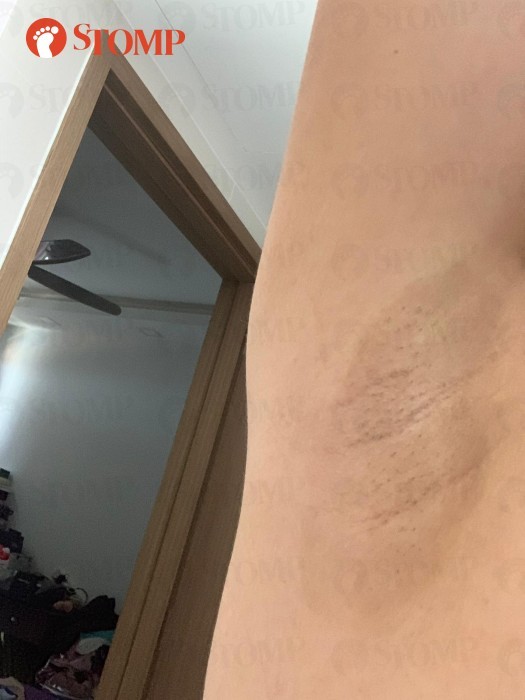 She added that her armpits and where she had the Brazilian wax done were the worst affected areas.

"I think that the wax was too hot or the chemicals used were too strong," S said.

"When I told the salon's boss about it, she denied that she had done anything wrong and said my skin was too sensitive.

"I've gone for waxing sessions before at other places and this has never happened to me."

S said that she has since visited a doctor three times.

"Finally, my skin doesn't itch now but there are dark skin patches," she said.

"The boss never apologised to me and just asked me to put Zam-Buk ointment on the affected areas.

"I don't need any compensation but I just hope that others won't become victims too."

Related Stories
Woman's eyebrows 'disfigured' by botched procedure gets them fixed -- thanks to kind salon owners
Employees allegedly pull auntie into beauty salon for facial, bring her to ATM to withdraw $550
Hairdresser slammed for being 'too rough' when cutting 4-year-old boy's hair
More About:
bad service
beauty salon
beauty