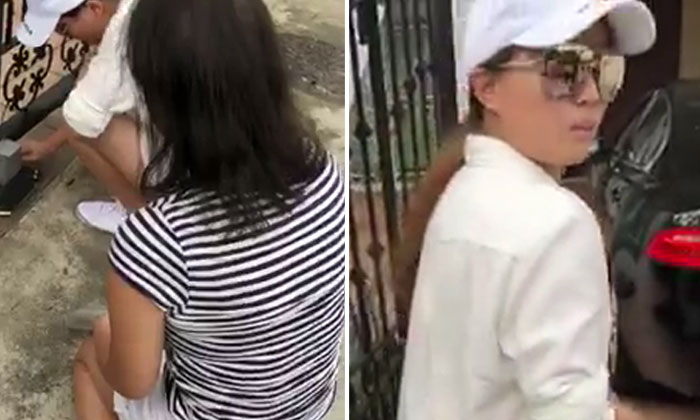 Shortly after a pet boarding house at Bukit Panjang was raided for the alleged mistreatment of animals in its care, more drama has occurred at the landed property.

Stomp previously reported on how at least two dogs left in the care of Platinium Dogs Club had returned to its owners with injuries, abrasions and inflamed skin.

A raid was carried out by the Agri-food and Veterinary Authority of Singapore (AVA), the police and the Society for the Prevention of Cruelty to Animals (SPCA) on Saturday (Dec 29, 2018).

This week, a group of dog owners and friends gathered outside Platinium Dogs Club's premises, a semi-detached house, at about 3pm on Wednesday (Jan 2).

They wanted to confront the boarding house's alleged owner, identified as Ms Charlotte Liew by The New Paper, about a dog belonging to one of them, Ms Elaine Mao.

Ms Mao had left her Shetland sheepdog named Prince with Platinium Dogs Club on Dec 16 but had not gotten him back or received any updates on his condition.

A video of Ms Mao pleading with Ms Liew on the whereabouts of her dog was uploaded on Wednesday night by Facebook user Tan Derrick.

In the video, Ms Mao is heard crying as she repeatedly asks Ms Liew if Prince is lost or dead.

She tells her that Prince has been with her for seven years and is dear to her.

However, Ms Liew busies herself with opening the property's gate and completely ignores the distraught pet owner.

In another series of videos posted by Serene Wong, Ms Mao is seen crying and begging for answers outside the house as her partner comforts her.

Ms Liew is then seen leaving the premises in a black Jaguar driven by a male companion.

According to The New Paper, a 40-year-old man alleged he was hit by the car as it was reversing out and was taken to Ng Teng Fong General Hospital.

The group of seven women and four men, including the injured man, are being investigated for unlawful assembly.

Read more about the drama here.