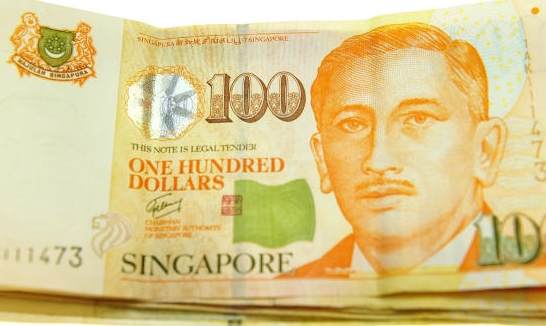 A woman, caught being part of an illegal gathering, repeatedly tried to bribe a police officer $100 so that she would be let off.

The officer refused to accept the money.

Chinese national Chen Yuanyuan, 28, was one of 15 people at a Chinese New Year gathering held illegally in spite of pandemic restrictions last year.

On Thursday (Aug 11), Chen was jailed for 10 weeks and fined $3,000 after she pleaded guilty to offences including bribery and flouting Covid-19 measures.

She was also convicted of kicking a police officer in a separate offence, while four other charges were taken into consideration during sentencing.

The court heard that the police responded to a report of an illegal party being held at a unit at 1 Pemimpin Drive, an industrial area, on Feb 25 last year at around 2am.

When they arrived, the officers found 15 partygoers, aged 26 to 40. Covid-19 restrictions at the time allowed only up to eight people at any social gathering.

Deputy Public Prosecutors Ben Tan and Tessa Tan said: "There were no measures taken to reduce the risk of infection among the attendees of the social gathering."

As the police officers searched Chen and her belongings, Chen took out a stack of cash and offered it to an officer.

She did so again when the officer refused. She then took a $100 note and offered it to the officer, insisting she could not take it back.

The officer warned Chen that it was bribery and reported the matter to her superior.

Most of the other partygoers have been dealt with in court and fined, court documents stated.

In a separate incident in January last year, Chen kicked two police officers while she was drunk at night. The officers were responding to a report that she was creating a ruckus in Tanjong Pagar.

The police found Chen on the floor and asked her to unlock her phone to arrange for a friend to pick her up.

She gave them the wrong passcode several times and became agitated, turning aggressive and kicking one of the officers several times on his leg.

She was arrested and put in the backseat of a police car, but continued to kick another officer's legs, causing the officer to suffer a minor abrasion, noted the prosecutors.

Seeking no more than six weeks' jail, Chen's lawyer noted that her actions were spur-of-the-moment and that a psychiatric report showed that she had depressive disorder and a history of anxiety attacks.

In response, the prosecutors argued that little weight should be given to the psychiatric report as no contributory link had been established.

Those found guilty of corruptly offering gratification can be jailed for up to five years and fined up to $100,000.

For using criminal force to deter a public servant from doing his duty, an offender can be jailed for up to four years and fined.

Related Stories
8 weeks' jail for man who tried to bribe Traffic Police with $100 after being suspected of drink-driving
Motorcyclist tried to bribe police with $55 after dozing off on the road while high on alcohol
Repeat drink driver offered $1,000 bribe to cop: 'Whatever you want, I will do for you'
More About:
bribe
Covid-19
jailed
fined
court