Police responds to attempted suicide at Upp Thomson Rd: Woman, 87, believed to have stabbed herself 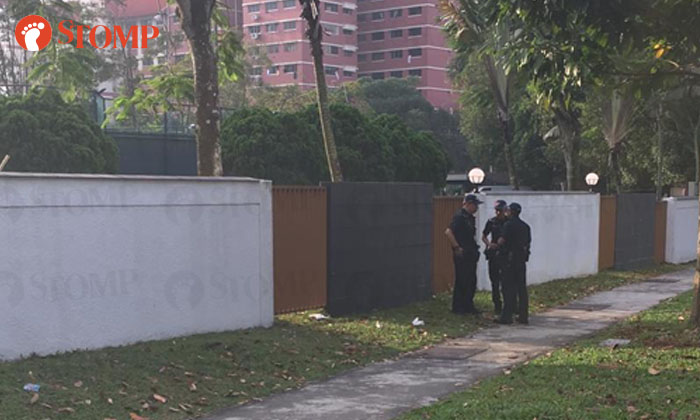 The police were alerted to a case of attempted suicide at 6.07am today (Sep 19) near the junction of Upper Thomson Road and Sin Ming Avenue, where a woman was found lying on a grass patch, with blood on her abdomen and wrist.

Stomp understands that the woman was believed to have stabbed herself.

A Stomper, who lives in the area, was on a morning jog when he saw her.

"She was holding onto a kitchen knife in her right hand.

"She was conscious but she wasn't groaning in pain, she was just lying there.

"I did not see her wounds because I didn't lift her shirt or touch her. I just spoke to her, asked her what happened, but she had no response. She just took a few deep breaths."

After about a minute or two, the Stomper made his way to a neighbour's home to borrow a phone to call the police and the ambulance.

"We came back to check on her after that and we stayed with her till the authorities arrived," he said.

In response to Stomp's queries, the police said that an 87-year-old woman was unconscious when conveyed to Tan Tock Seng Hospital.

The Singapore Civil Defence Force told Stomp that it received a call for medical assistance at about 6.10am.

A woman was conveyed to Tan Tock Seng Hospital.