Woman in China slaps train molester for over 3 minutes 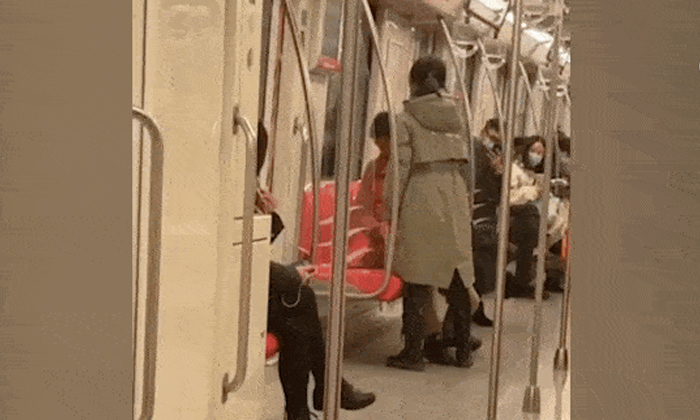 A woman punished a man who had allegedly molested her on the train by slapping him repeatedly.

According to Sohu, the incident occurred on Line 2 of the Nanjing Metro last Tuesday evening (Jan 4) at around 6.20pm.

The woman was seen slapping the man "non-stop" from one station to the next — a trip that was over three minutes long.

She was also heard saying, "Touch me again and see? Touch again?"

The man used his hands to cover his face but did not speak at all during the incident, and other commuters did not intervene.

Upon arriving at the next station, the woman pulled the man off the train and went to look for train staff.

Local police confirmed that they detained a 32-year-old man who had molested a 27-year-old woman on the train.

Investigations revealed that the man had committed indecent assault by touching the woman's buttocks when she was seated on his right.

Related Stories
Anhui woman kneels down in public, begs suitor to give up after 5 years of wooing her
Firefighter, 24, dies while trying to save woman from jumping off building in China
Chinese influencer and mum of 2 allegedly killed by fan for refusing to return $20k gift
More About:
molest
arrest
China
train