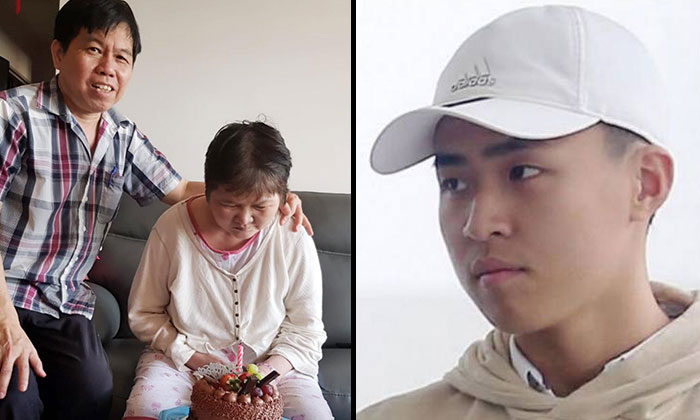 After getting knocked down by an e-scooter, Madam Ang Liu Kiow, 55, suffered severe brain injuries which left her with no memories of her past. The accident also impaired her ability to communicate.

To care for his injured wife, 55-year-old Mr Liang Lun Hua was forced to take up two jobs and has thus far, expended nearly $60,000 of his savings on her medical bills and hiring a caretaker to look after her, reports Shin Min Daily News.

The accident which happened on Sep 17, 2016, saw a teenager e-scooter rider, Nicholas Ting Nai Jie, hit Madam Ang while he and his girlfriend were on their way to the Pasir Ris East Community Club.

Ting, who turned 19 on Sunday (July 15) was given a two-week short detention order on Tuesday (Jul 17) for causing grievous hurt to Madam Ang while riding his electric scooter in a negligent manner. He had pleaded on June 13 this year.

Ting will also need to serve 100 hours of community service, but will not have a criminal record once he is released from detention.

Asked how he felt about Ting’s sentence, Mr Liang said that he respected the judge's decision and declined to comment further.

The two years after the accident have been tough, admitted Mr Liang. He had to take up two jobs to keep the family afloat.

However, he said that he has gotten used to it.

Madam Ang and Mr Liang have three children, and the eldest son, 28, is currently a university student.

The middle child has just graduated from university while their youngest child is studying in a polytechnic.

“I bring back home about $2,000 every month. However, I need to pay for the maid, my wife’s medical bills, and physiotherapy fees.

“Even with the government subsides, these still amount to nearly $2,000 every month. I have expended more than $60,000 from my savings so far.”

Mr Liang revealed that Madam Ang is still unable to speak or care for herself. She also has difficulties going to the toilet by herself.

She is only able to communicate with Mr Liang using simple gestures, but her condition is slowly improving.

“She is now able to better understand what we are asking, and even express herself via gestures.

“We brought her out for her birthday last month and even had a cake-cutting ceremony at home. That is already a big improvement.”

Mr Liang also added that he will never give up on his wife, and intends to look after her no matter the challenges ahead, adding that he is hopeful that she will recover.